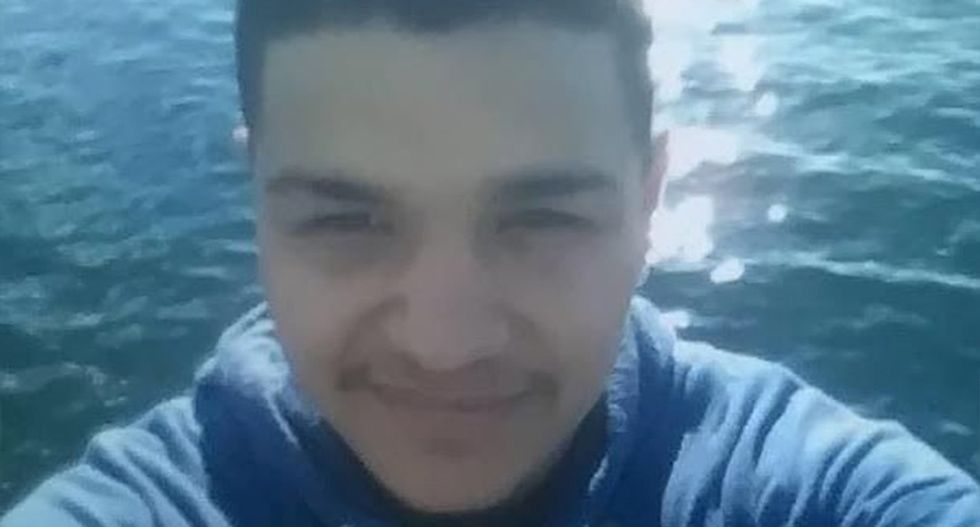 Daniel Ramirez Medina, 23, a Mexican immigrant with a work permit who was arrested last week near Seattle, Washington, U.S. is seen in this undated photo released on February 16, 2017. Courtesy Manny Rivera/Rally/Handout via REUTERS

Attorneys for a Mexican immigrant in Seattle, who has permission to work in the United States, are hoping to convince a federal judge to hear a challenge to his immigration arrest and bypass U.S. immigration courts.

If they are successful on Wednesday, the case of Daniel Ramirez Medina, a so-called dreamer afforded some protection from deportation under an Obama-era program, could point a new way forward for thousands of people across the country threatened by stepped-up immigration enforcement under President Donald Trump.

By contesting what they say was Ramirez's unconstitutional arrest rather than his deportation action, his lawyers hope to have the case heard in the federal court system rather than in immigration court.

However, questions from the Seattle federal judge ahead of the hearing suggest Ramirez's lawyers could face an uphill battle.

The case could be the first under the Trump administration in which a person granted a work permit under the Deferred Action for Childhood Arrivals (DACA) has been taken into immigration custody, Ramirez's lawyers say. The Obama-era program offers protection from deportation for some 750,000 immigrants brought to the country illegally as children. These people are sometimes called "dreamers," in reference to the Development, Relief and Education for Alien Minors (DREAM) legislation that failed to pass Congress.

Ramirez was arrested in February by Immigration and Customs Enforcement (ICE) officers who went to his house to arrest his father.

ICE alleged Ramirez had gang ties and should be deported.

Ramirez's lawyers have denied their client has any gang involvement or criminal record.

Justice Department lawyers said in their filings that immigration court is the only appropriate venue for challenging deportation-related issues. They pointed to a ruling last year from the 9th U.S. Circuit Court of Appeals, which said federal courts did not have jurisdiction to hear a class action brought by children claiming the right to legal representation in immigration court.

Because the case involved deportations, the 9th Circuit said it must be litigated in immigration court.

Last week, U.S. Magistrate Judge James Donohue in Seattle signaled that he was taking the Justice Department's argument seriously. Donohue posed several written questions to Ramirez's lawyers about their legal arguments, and asked for a "more thorough discussion" of the 9th Circuit case.

Lawyers for arrested individuals have long sought ways to avoid immigration court, but it is difficult, said Ira Kurzban, a Miami lawyer who has written books on immigration law.

If Ramirez wins a clear ruling that ICE unconstitutionally arrested him, Kurzban said, it could open a path for other immigrants to try the same tactic.

Ramirez's lawyers said the 9th Circuit case does not involve arrests, so it should not weigh against their argument. They cited U.S. Supreme Court rulings that even prisoners at Guantanamo Bay have the right to challenge their detention in federal court.

Donohue will hear arguments from both sides on Wednesday, and could rule from the bench on whether he has the power to hear Ramirez's case.