Bakari Sellers nails Trump shill: 'They didn't tap Trump and if you can't say it that's the rabbit hole' 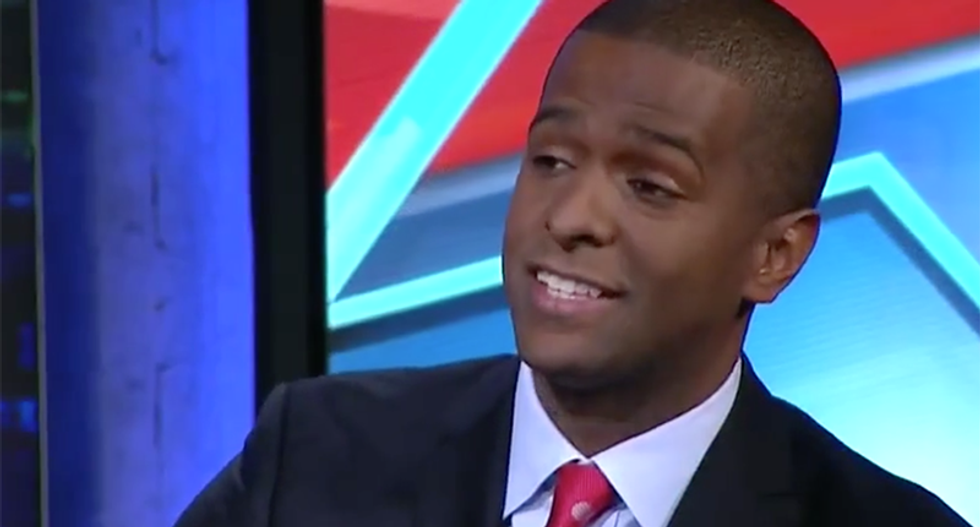 "Many aspects of the federal government becoming politicized, whether it's the irs targeting people, certainly the folks of the Clinton campaign would take issue with the way that the certain aspects enforcement was run, particularly during this past year," Miller said, referencing FBI Director James Comey.

"That's the height of irony for you to invoke Director comes in your defense," Sellers said.

Miller called the investigations into the Trump-Russia ties "a big chase down the rabbit hole to smear the president and say there's some sort of foreign involvement that made him win when the fact of the matter was he ran a better campaign."

Even host John Berman, filling in for Anderson Cooper, noted that Trump "may have dug this rabbit hole himself."

Miller cut in and said that the report from the New York Times confirmed that "they were recording conversations," but Berman called BS on all of it.

"Recording someone else's conversations," he schooled Miller. "We don't know whose and why."

Sellers cut in to back up Berman's fact-check. "They did not tap Donald Trump and if you can't say that, then that's the ultimate rabbit hole being chased."