Bakari Sellers schools Jeffrey Lord on Trump-Russia contacts: 'They lied about those conversations' 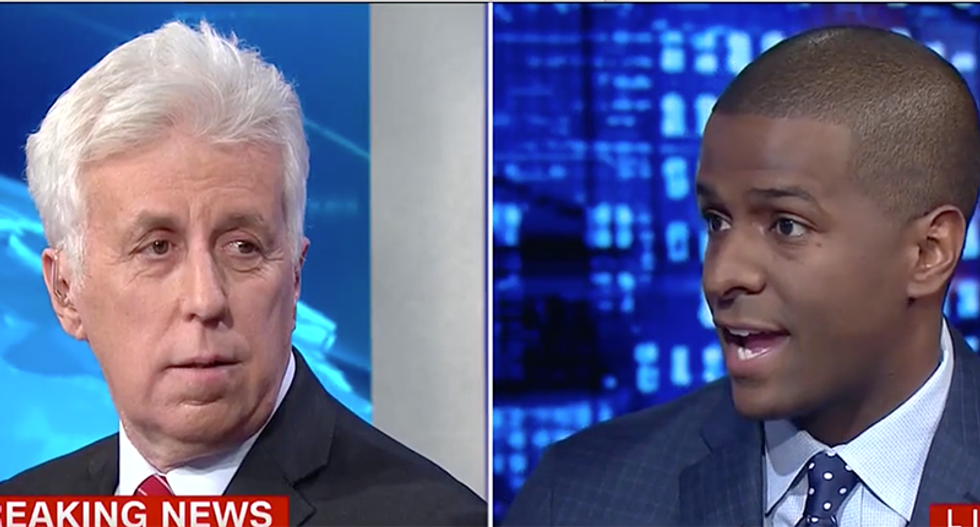 CNN unearthed an October report from Slate.com about a Russian bank that had frequent communications with a Trump Organization server.

"Well, I think if we're going to go down this road let's go down this," Lord warned. "Nancy Pelosi said she never had met with the Russian Ambassador, and out pops the picture of Nancy Pelosi and the ambassador, if you haven't met an ambassador and you're an elected official, you have no business --"

"But you do have -- Flynn talking on the phone to the Russian Ambassador ... on the same day where the biggest story in the country is about hacking," Cooper said.

Lord said that every elected official should be investigated right along with Trump himself.

Lord tried to claim that Sessions never lied and that he was asked about a CNN report and responded to that.

"But Jeffrey, the argument that he didn't meet with him as a surrogate of the Trump administration, he met with him as a senator," Cooper cut in. "I mean, that is like saying that you and I have only met when you're a political analyst and Trump supporter. But have I met you as somebody who used to work in the Reagan White House? No, I only you met you under the auspices of you sitting at this table. Therefore, I've never met you."