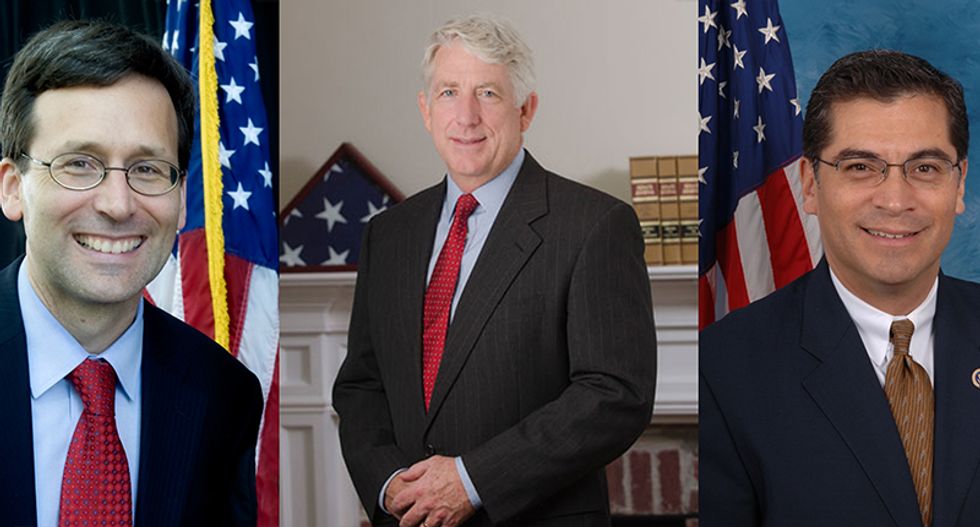 Liberal California was set to square off against conservative elements in the state at a town hall meeting on immigration on Tuesday night featuring the director of Immigrations and Customs Enforcement.

Democratic officials in the area, which has a population of 2 million and is located about 90 miles east of San Francisco, have opposed the Trump administration's immigration crackdown and are leading a charge in the legislature to fight his policies.

Sacramento Mayor Darrell Steinberg, a former top Democrat in the heavily blue state legislature, and the city council plan to protest the event.

The divide illustrates the complicated politics of the capital region, which straddles where the liberal coast bleeds into the more conservative interior of the state.

Jones in a statement on Twitter said that the goal of the event was to "try and find common ground by reducing conflicting information, eliminating ambiguity and reducing fear by presenting factual information."

The school district said several board members would also demonstrate against Jones and Homan, joining other protesters outside the event instead of coming inside and asking questions. So many groups vowed to protest that the town hall had to be moved to a larger venue.

"The message we’re trying to send is we don’t like bringing the acting director of enforcement for ICE to Sacramento at a time when there’s so much fear," said Alex Barrios, a spokesman for the Sacramento City Unified School District.