Christie associates to be sentenced for New Jersey bridge scandal 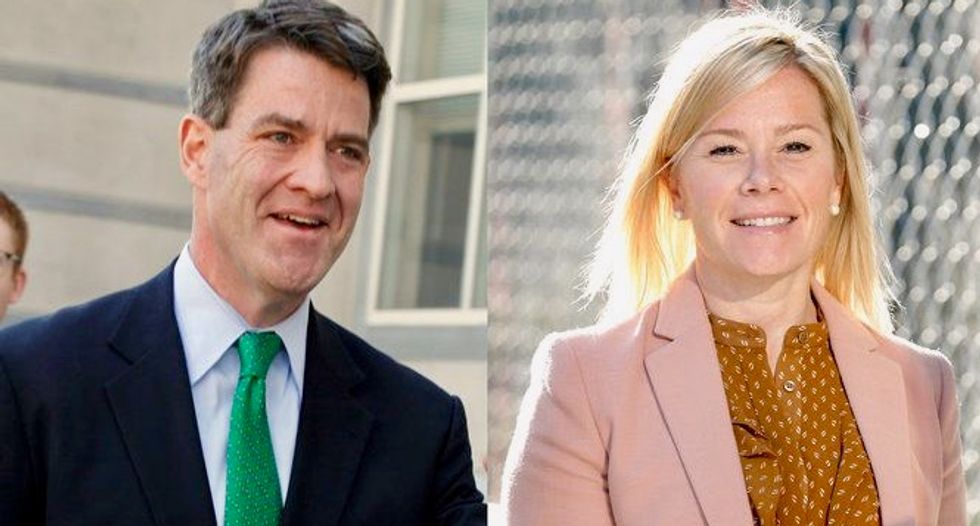 Two former associates of New Jersey Governor Chris Christie were scheduled to be sentenced on Wednesday for their roles in the "Bridgegate" lane closure scandal that played a part in torpedoing the Republican's White House ambitions.

Bridget Kelly, 44, a former deputy chief of staff to Christie, and Bill Baroni, 45, the former deputy executive director of the Port Authority of New York and New Jersey, were found guilty in November of orchestrating the shutdown of access lanes at the heavily used George Washington Bridge in 2013.

Prosecutors said the resulting traffic gridlock was intended to punish a local mayor for refusing to back Christie's re-election bid, as the governor's aides tried to burnish his bipartisan credentials in advance of his run for president.

Christie has denied any involvement and was not charged. But the scandal's lasting fallout dampened enthusiasm for Christie as he sought the Republican nomination for president in 2016 and later helped cost him a job in President Donald Trump's administration.

Federal prosecutors have asked U.S. District Judge Susan Wigenton in Newark to sentence Kelly and Baroni to about three years in prison, saying in court papers a stiff punishment was needed to reflect the seriousness of government corruption.

Lawyers for the defendants, meanwhile, have asked for probation or community service.

In court filings seeking a light sentence, Kelly's lawyers noted she did not profit from the plot and that she is a single mother of four. Baroni's lawyers, meanwhile, emphasized his "exemplary life of public service, generosity and charity."

But U.S. prosecutors told Wigenton the defendants "committed a monumental betrayal of the public trust" and should be punished accordingly.

Christie, in Washington for an event at the White House on Wednesday, kept his distance in a television interview.

Asked if he thought his associates should serve time in prison, he told NBC's "Today" program: "The judge will do what the judge believes is appropriate."

Kelly and Baroni testified at trial they believed the lane realignment was part of a legitimate traffic study based on what they had been told by David Wildstein, another Port Authority executive. But Wildstein, who pleaded guilty and appeared as the government's star witness, told jurors the defendants were fully aware he invented the traffic study as a cover story.

Both defendants were expected to appeal their convictions. Wigenton earlier denied their request for a new trial.

No other officials have been charged in the Bridgegate plot, though prosecutors introduced evidence at trial suggesting that Christie and numerous members of his inner circle knew about the scandal earlier than they publicly acknowledged.