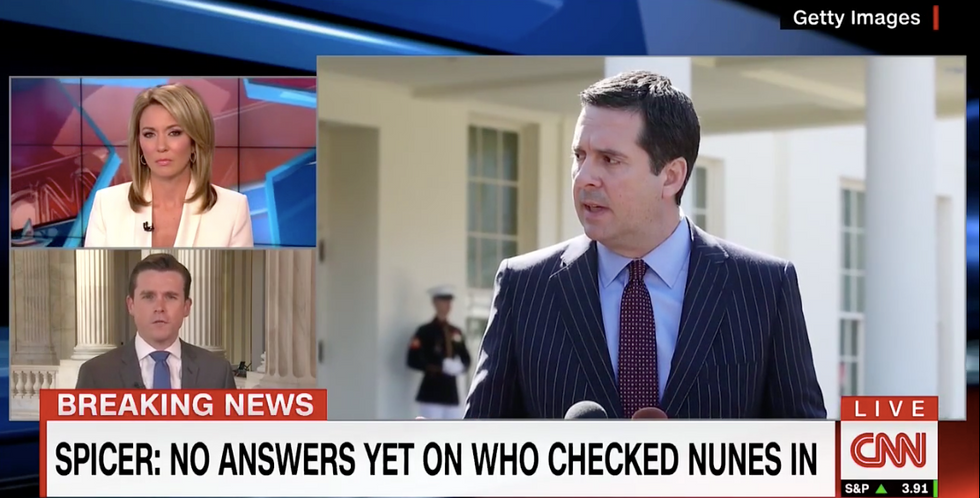 An FBI spokesperson told CNN on Wednesday that House Intelligence Committee chairman Rep. Devin Nunes (R-CA) is not telling the truth when he says that Director James Comey declined his committee's invitation to attend House hearings investigating ties between Pres. Donald Trump's team and the Russian government before and after the 2016 election.

Nunes spoke to the press on Wednesday and accused Democrats of holding up the investigation in spite of the fact that it was his decision to cancel all scheduled hearings on the matter. The congressman said that his committee has invited Comey to testify in private but has not received a reply.

Political reporter Phil Mattingly said that an official who spoke with CNN's Mary Kay Mallonee said Comey "did not say he wouldn't show up for a scheduled hearing and they also have not received an official invite for another appearance on Capitol Hill."

"That directly contradicts what Chairman Nunes has been telling reporters and been telling committee members over the course of the last couple of days," Mattingly told anchor Brooke Baldwin.

"All this does is cast a very dark cloud over an investigation that, by all accounts -- Republican or Democrat -- has ground to a halt over on the House side," he concluded.