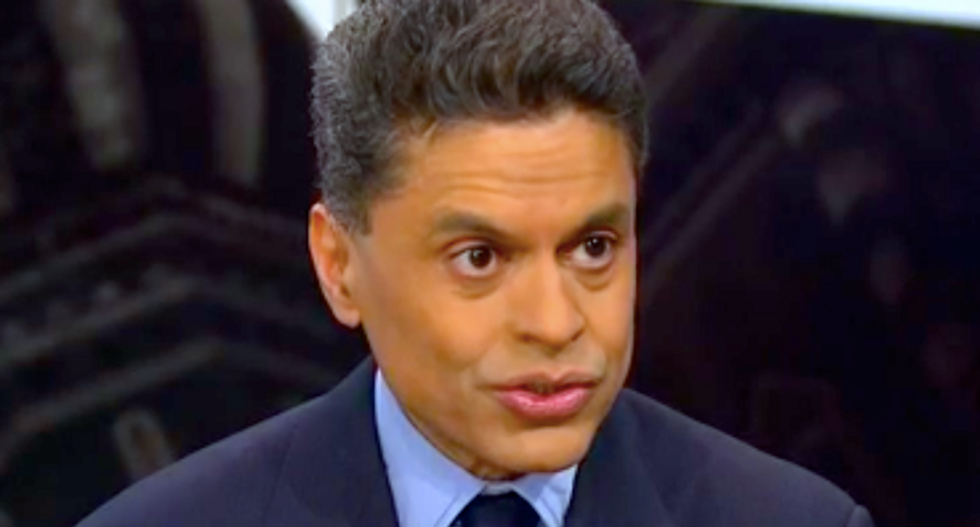 Fareed Zakaria says Russian President Vladimir Putin is the most powerful man in the world, although his nation is weaker than the United States.

The author and foreign policy expert, who hosts a show on CNN, will premiere a new documentary Monday night on the cable TV network that explores Putin's career and the threat he poses to Western democracies.

"Obviously, the United States, or for that matter China, is more powerful than Russia, but Russia is a major world power with thousands of nuclear weapons and a UN Security Council veto, spans 11 time zones, borders three continents," Zakaria said.

But what makes Putin more powerful than Donald Trump or Xi Jinping, his counterparts in the U.S. and China, is the weakness of Russia's rule of law.

"The power of a president is dependent on the power of his country, and also how much he can exercise that power in a completely unconstrained way," Zakaria said. "Vladimir Putin can exercise power more effectively, more ruthlessly and more freely than any leader in the world."

He said China's politburo and the U.S. system of checks and balances limited their respective president's power, but Russia had no legal constraints on Putin.

"(This) allows him to intervene in the internal affairs of countries all over the world," Zakaria said. "If you put that package together, I think he rises to the top."

CNN's Chris Cuomo pointed out that one viewer -- Trump -- probably wouldn't like the documentary title, "The Most Powerful Man In The World," but he said the president might appreciate Zakaria's belief that Putin interfered in the U.S. election to hurt Hillary Clinton, rather than help the Republican candidate.

"That is at the heart, in many ways, of Putin's views of this election," Zakaria said. "Now they may have subsequently developed other connections and contacts -- that's another story that we pursue. But there's no question that in 2011 and 2012, when the Arab Spring was happening and Putin faced demonstrations, Hillary Clinton as secretary of state came out in favor of democracy in Russia, free elections in Russia."

"Putin heard that as, 'They're coming for me -- this is regime change,'" Zakaria added. "And, in a sense, what he is saying to Hillary Clinton is, 'You tried to mess with my election? I'm going to mess with yours.'"

Fareed Zakaria explores why Vladimir Putin is the most powerful man in the world https://t.co/X3wI9tssxw https://t.co/Qxcrz23t0M