Colbert torches GOP's 'clean coal' push: 'It sounds like an oxymoron but so does President Trump' 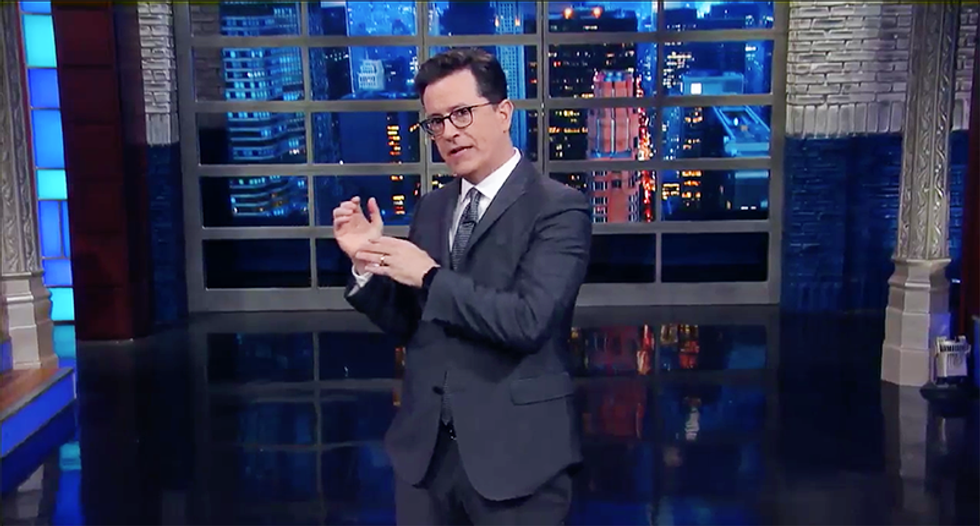 President Donald Trump has announced that he is rolling back all environmental protections put into place by former President Barack Obama.

Colbert wanted his audience to know that so-called "clean coal" might sound absurd but it is real. "I know clean coal sounds like an oxymoron but so does President Trump."

He explained that the in high school he had a girlfriend who worked with clean coal in the clean mines.

"She told me that they mine the clean coal and put it on that silver-bullet train and then they send it to Narnia where the Keebler Elves use it to power the pump on the fountain of youth," Colbert quipped. "And when you burn clean coal it actually makes the air cleaner. So clean you can just see right through the air like you can see through [Trump's] lie."

Trump's new order also allows companies to dump pollution into waterways. Colbert explained this is because they simply don't know that they could be doing the right thing. He explained it with a friendly cartoon character named "Woodsy the Owl."

"You're allowed not to give a hoot! So, go pollute!" Woodsy the Owl explained.

Watch the short clip of Colbert below: