Constituents hammer Virginia Republican for blocking them: 'If you can’t take it -- stop using Facebook' 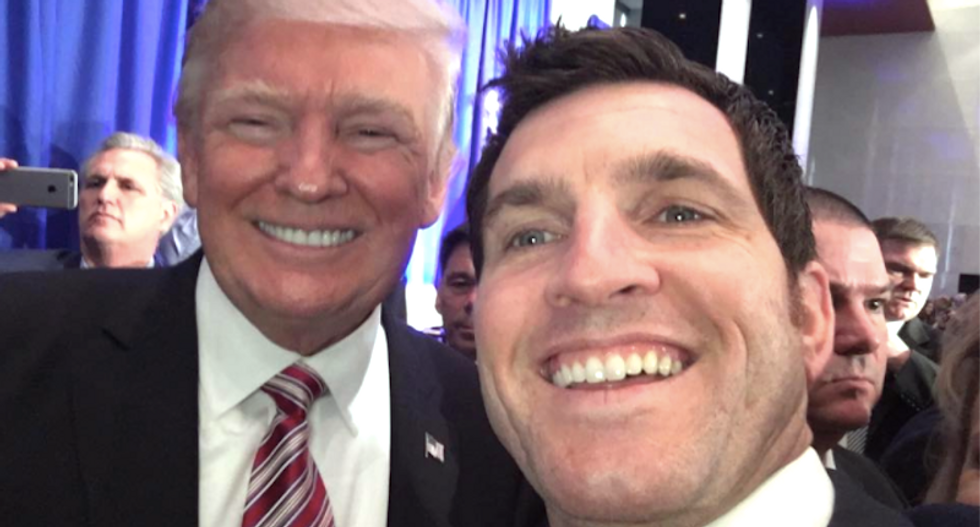 Some of Rep. Scott Taylor's constituents complained the Virginia Republican has blocked them on Facebook -- so they can't express their concerns about health care and other issues important to them.

Taylor held a Facebook Live town hall on Jan. 30, which gave nearly 55,000 of his social media followers a chance to ask questions online, and the lawmaker held a real-life town hall on Feb. 20 in Kempsville, reported the Southside Daily.

That's where he was confronted by some angry constituents who complained the congressman had blocked them from commenting on his Facebook page.

“He himself said at that town hall that he uses Facebook to gauge his constituents’ reactions to policies,” said Sheila Ann Glennon, of Williamsburg. “If comments are being deleted and people are being prevented from commenting, how is he serving all of his constituents?”

Glennon said she was blocked after calling President Donald Trump's travel ban "religious discrimination," and she's frustrated because Taylor has said he uses social media to gauge his constituents' views on issues.

“If comments are being deleted and people are being prevented from commenting, how is he serving all of his constituents?” she said.

Taylor said his staff is authorized to block users from his Facebook page if they act "out of line," and he complained that activist groups that sprang up from the Women's March were organized to "disrupt" public meetings and social media pages.

However, two members of that group disagreed with Taylor and insisted they'd never used profanity or attacked other Facebook commenters.

“I never said anything nasty or name-called or anything of that nature,” said Mary Meade Holtz, of Hampton, the president of the Virginia Peninsula National Organization for Women. “I don’t know if a carefully crafted response is just more threatening than name-calling.”

The women have contacted the Virginia ACLU after seeing how a similar campaign caused Maryland Gov. Larry Hogan's staff to unblock Facebook users from his state.

The Maryland ACLU wrote to the Republican governor's office last month to demand a review of all 450 people blocked from Hogan's popular Facebook page, and the civil rights group asked for apologies and restoration of posting privileges for seven social media users.

“The purpose of social media is to have this exchange of ideas,” Deborah Jeon, legal director for the ACLU of Maryland, told the Washington Post. “Once that type of a forum is established by the government and the governor, it’s not permissible to say, ‘If you agree with me, you are allowed to post. And if you don’t, there’s no place for you here.’ ”

Tucker hopes her state's ACLU will convince Taylor to open his own Facebook page up to critics.

“If you can’t take it when someone disagrees with you, then you should stop using Facebook in an official capacity," she said.