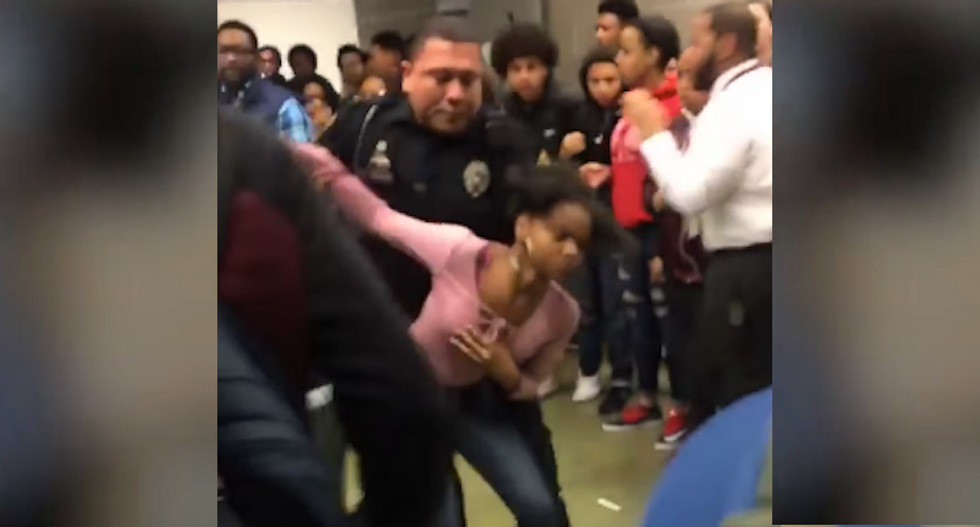 A grand jury in Wake County, North Carolina has declined to charge Rolesville High School resource officer Ruben De Los Santos after he was caught on video in January, slamming a 15-year-old student to the ground, ABC 11 reports.

Jasmine Darwin, the student seen in the video, was trying to defend her older sister who was fighting with another student, her mom told ABC 11 in January. According to the report, Darwin was trying to break up the fight when the officer then stepped in and slammed her to the ground. Darwin suffered from a concussion as a result.

De Los Santos was placed on administrative leave after the incident, which was investigated by Rolesville police, the State Bureau of Investigations, and the American Civil Liberties Union of North Carolina.

District Attorney Lorrin Freeman said she sent presentments for "willful failure to discharge duties and assault on a female" to the Wake County Grand Jury. However, the jury declined the charges and the case was officially closed.

"Our law enforcement officers are engaged daily in difficult interactions where they often are required to intervene. As they strive to maintain the peace and protect our community, it's important that proper and legal boundaries on the use of force are followed," said Freeman.

After the incident, Darwin's mother, Desiree Harrison told ABC 11 she no longer felt that her daughter was safe at the school. Irena Como of the ACLU of North Carolina commented on the incident in January. "That kind of force should never be used against children in school where they're supposed to go to feel safe and learn in a safe environment," Como said.

"They need to see that as normalized adolescent behavior and they need to have the tools and the support to deal with that in a safe and effective manner," Como added.

You can watch footage of the incident below.