DACA recipient detained by immigration officials after speaking to press: 'You know what we're here for’ 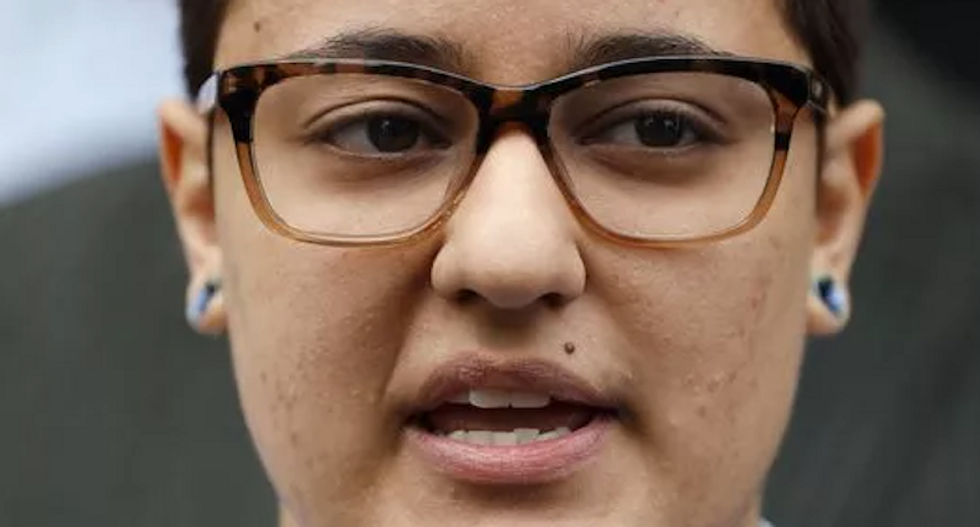 ICE arrested 22-year-old DACA recipient Daniela Vargas on Wednesday shortly after speaking at an immigrant press conference in Jackson, Mississippi. Vargas is in the process of renewing her legal status so she can stay in the country and spoke about her experience living in Mississippi without documentation.

According to the Associated Press, Vargas left from the press conference with a friend who was driving and was pulled over on the freeway by Immigration and Customs Enforcement (ICE) officials.

Vargas' brother and father were detained by ICE outside their home last month. She was sleeping at the time but woke up and found her father in handcuffs. She said she went to hide in her bedroom closet and locked all the doors, but five hours later, ICE officials broke down her door. "They started hollering out my name and they were pointing guns at me," Vargas said. "During that time, I couldn’t even breathe, honestly."

After being detained on Wednesday, Vargas’ attorney Abby Peterson told the Clarion-Ledger that ICE agents told Vargas, "You know who we are. You know what we’re here for." Vargas and her family first came to the U.S. from Argentina on a three-month visa when she was seven years old, and she later received DACA, the Deferred Action for Childhood Arrivals.

She has re-applied for DACA since its expiration and her application is currently pending. During Wednesday's news conference, which was in part organized by the Mississippi Immigrants Rights Alliance, Vargas told the crowd "I continue to fight this battle as a DREAMer to help contribute to this country, which I feel is very much my country."

Peterson said she explained to ICE that Vargas' DACA status is pending but is in the process of renewal. However, she remains in detention without bond and could face prosecution.