Dan Rather rips GOP’s Obamacare ‘replacement’ bill: ‘This was the best they could come up with?' 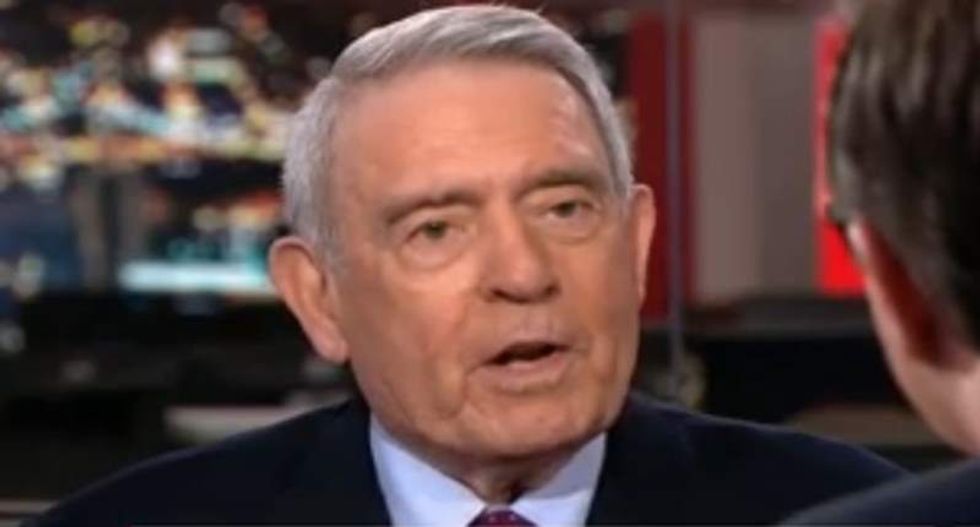 Veteran journalist and former CBS Evening News anchor Dan Rather blasted Republicans on Wednesday in a Facebook message that said the shoddiness of their Obamacare replacement bill shows that their goal has never been to help Americans access healthcare, but to score political points against the administration of former Pres. Barack Obama.

"For seven years we've been hearing from Republicans about how horrible Obamacare was, and this was the best they could come up with?" Rather wrote. "A rush job that doesn't seem to have any new ideas or fix the core problems? It seems to prove the point that this was always about rhetoric and not about actually trying to make health insurance either cover more people or lower costs."

He pointed out that the GOP now has control of the White House and both houses of Congress, so this should be their time to shine and to set about enacting the promises candidate Donald Trump made "about lower premiums, keeping your doctor, everyone staying insured, etc."

"Basically a version of healthcare that would be better told by Hans Christian Andersen - a fairy tale. And everyone with any sense on this issue knew it," Rather said.

Now that the GOP bill has been made public, he wrote, "it is getting picked apart by politicians and interest groups on all sides. It is starting to look about as popular as ants at a picnic."

"There is a lot of wonderful analysis in the press about what the GOP approach means in terms of policy. But ultimately, sadly, this will be decided on political grounds," said Rather, in spite of the fact that people's very lives hang in the balance.

"So here we stand. And President Trump is swinging the full weight of his Administration behind the Ryan plan. Maybe that will be enough to arm twist skeptical Republicans. Or maybe this effort will fall apart in spectacular failure," he said before concluding, "Mr. Trump promised to replace and repeal Obamacare on day one. But the Affordable Care Act (yes to some out there, that is the same as Obamacare) is still the law of the land. And who knows how long that may last. It likely will be dramatic political theater. It's just a horrible shame that the stakes being toyed with are millions of Americans and their health insurance."

Rather has been vocal in his opposition to Pres. Donald Trump and his policies, blasting the chaotic White House's lack of dignity and the inability of Trump's staff to rein him in. Rather said last week that links between the Trump 2016 campaign and the Russian government are about to sow even more chaos in the nation's capital when the scandal explodes like a bomb.