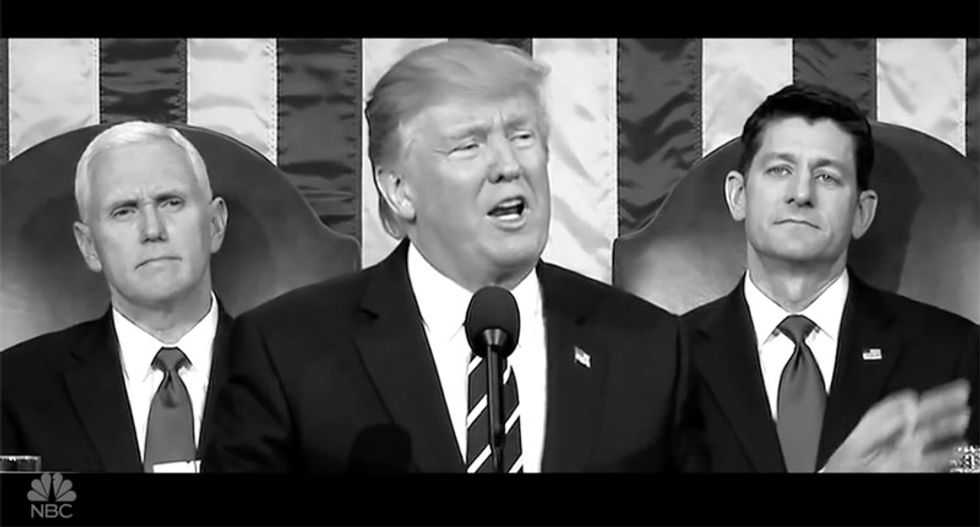 In a biting indictment of a Republican Party lacking in anyone who finally stand up to a reckless Donald Trump, SNL created a scathing action movie trailer showing American's waiting for the one GOP lawmaker who will step up and stop the madness.

That lawmaker? "To be determined."

“It was country in chaos, a nation divided. Led by a president with unchecked power," the trailer's narrator teased. "Until One Republican decided enough was enough. A patriot who put country over party. A man by the name of .... TBD."

After a series of jabs at gutless Republicans, we learn one thing for sure: "It’s definitely not about Paul Ryan.”