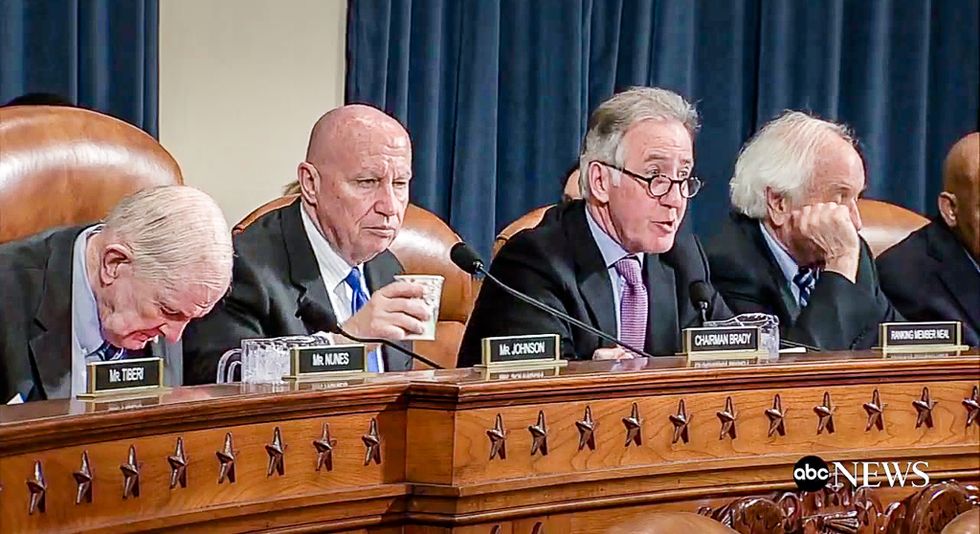 Rep. Earl Blumenauer (D-OR) on Tuesday tried to force the Republican Party to uphold President Donald Trump's promise of "insurance for everybody."

During a House Ways and Means Committee hearing on the Republican plan to replace President Barack Obama's health care reform law, Blumenauer became the first lawmaker to offer an amendment to the GOP bill.

Blumenauer's amendment would prevent any of the provisions in the American Health Care Act to take effect until the Congressional Budget Office could verify that the law would provide "coverage for all tax payers."

Democrats said that Chairman Kevin Brady (R-TX) immediately ruled that the amendment was "not in order."

Rep. Lloyd Doggett (D-TX) also offered an amendment to force the president to release his tax returns, but that amendment was voted down by Republicans on the committee.