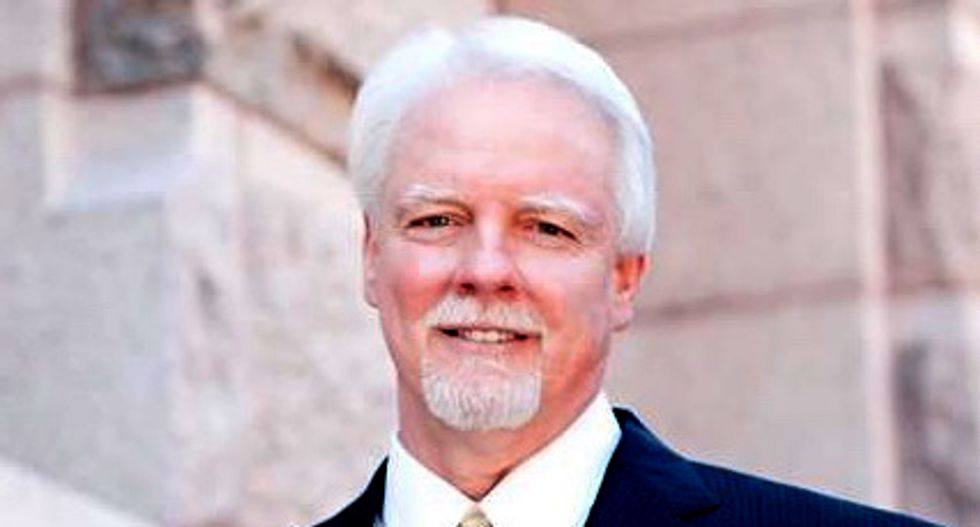 Houston lawyer Gary Reibschlager agreed to pay $1,800 to the South Asian Bar Association after he referred to the defendant in a business dispute case as a “POS Paki” and cited Donald Trump as the counsel’s “chance to DEPORT the POS.”

Riebschlager made the comments in a series of emails to his paralegal and opposing counsel, according to a sanction filed against the attorney. “Deport this POS” he wrote of the defendant, who’s of South Asian descent.

“I entreat you to begin deportation proceedings,” he later wrote, followed by a direct reference to Trump. “I’m sure all involved herein LOVE Trump,” he wrote. “Here’s your chance to DEPORT the POS Your Hero has been talking about. POS Paki.”

In an email the following day, Riebschlager apologized for his “unprofessional rant of yesterday.”

“I had a terrible day, and I am quite frustrated with your client,” he reasoned.

In a motion, the defendant’s lawyer Joseph Colvin called for sanctions against Riebschlager, insisting the emails were indicative of deliberate racism.

”The reprehensibility of Mr. Riebschlager's actions is underscored by the fact that racial insults are intentional acts,” the motion read.

According to Above the Law, State District Court Judge Kyle Carter refused to impose sanctions against Riebschlager, but did make the Houston lawyer put $1,800 in the “swear jar.”

In a statement, Ashish Mahendru of the South Asian Bar of Houston's advisory board, said the penalty was appropriate.

"One doesn't need to be a minority to appreciate the detrimental impact of racist, expletive-laden communications about lawyers and parties,” Mahendru said. “In the hallowed halls of justice, blistering hatred and animus should be checked at the courthouse steps. Invoking the president's name to threaten deportation-laced with racist epithets about a party to a lawsuit is not acceptable or appropriate at any level. The judge appropriately struck the right balance in finding the emails were racist and ordering that $1,800 be paid to the South Asian Bar Association."