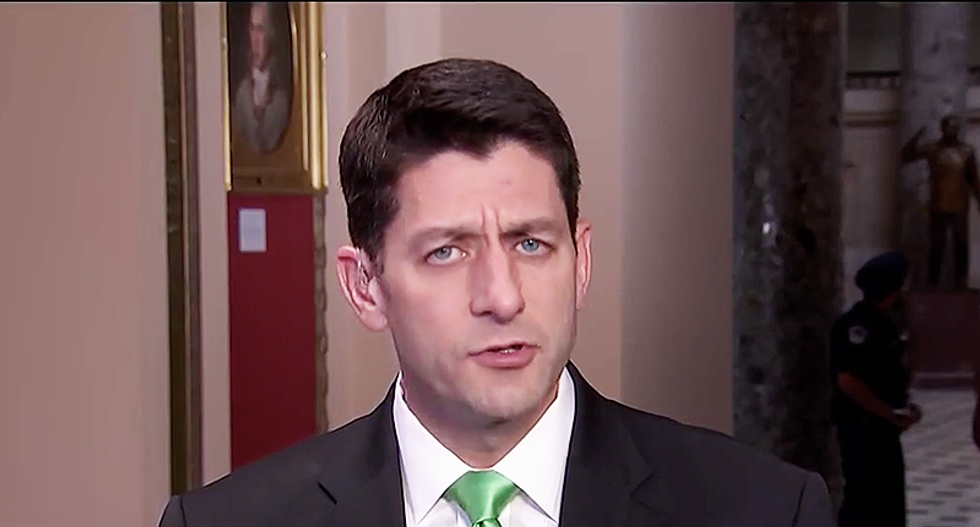 “We are now contemplating, Heaven save the mark, a bill that would tax the well for the benefit of the ill.”

Although that quote reads like it could be part of the Republican repeal-and-replace assault against the Affordable Care Act (ACA), it’s actually from a 1949 editorial in The New York State Journal of Medicine denouncing health insurance itself.

Indeed, the attacks on the ACA seem to have revived a survival-of-the-fittest attitude most of us thought had vanished in America long ago. Yet, again and again, there it was in plain sight, as when House Speaker Paul Ryan (R-WI) declared: “The idea of Obamacare is that the people who are healthy pay for the people who are sick.” Contemporary language, but the same thinking that sank President Harry Truman’s health care plan almost seven decades ago.

Ryan’s indignation highlighted a fundamental divergence in attitudes that repeatedly turned the health care debate into a clash over the philosophy behind Obamacare-style health insurance. To some, the communal pooling of financial risk of medical expenses seems too often an unacceptable risk to personal responsibility.

As a researcher who has documented this approach to health care, I’ve been startled to see the debate over the AHCA reignite a political philosophy and policy approach that seemed to be have been discredited – and be in sharp decline.

When Truman launched the first comprehensive effort to cover all Americans, most of the population had no health insurance.

Last year, thanks to the ACA, nearly 90 percent did, according to a Gallup-Healthways poll. Yet then and now, many conservatives have downplayed the impact on physical health and focused, instead, on fiscal temptation.

If you can’t afford to be sick, then don’t be

Take, for instance, Rep. Jason Chaffetz (R-UT) warning low-income Americans on March 7, 2017 that they had “to make a choice” about their spending: “So rather than getting that new iPhone that they just love and want to go spend hundreds of dollars on that, maybe they should invest in their own health care.” (He later walked back his statement.)

In reality, of course, the premiums from the GOP’s late and abandoned American Health Care Act would dwarf any savings from iPhone abstinence. For a 64-year-old making US$26,500 a year, the cost of health insurance would have shot up from $1,700 to $14,600, according to the Congressional Budget Office (CBO), or more than half that individual’s pre-tax income.

Chaffetz and others seem to sincerely believe that “what keeps the great majority of people well is the fact that they can’t afford to be ill” – although those words come from the 1949 editorialist again, not a Trump administration tweet. The editorial continued:

That is a harsh, stern dictum and we readily admit that under it a certain number of cases of early tuberculosis and cancer, for example, may go undetected. Is it not better that a few such should perish rather than that the majority of the population should be encouraged on every occasion to run sniveling to the doctor? That in order to get their money’s worth they should be sick at every available opportunity? They will find out in time that the services they think they get for nothing – but which the whole people of the United States would pay for – are also worth nothing.

As it happens, the effect predicted in 1949 on the detection of cancer – less of it – is precisely what has happened with the spread of high-deductible health plans praised by conservatives for encouraging more careful “shopping” by “consumers.” A study in Medical Care showed that screening rates for colorectal cancer declined under high-deductible plans until, under Obamacare, the federal government forced those plans to include first-dollar coverage of preventive services. The screening rates for colorectal cancer promptly rose. A recent study in Cancer found the same results for mammography.

Separately, surveys and research on high-deductible plans have found that 20 to 25 percent of people have avoided needed care of all kinds because they can’t afford it.

Nonetheless, the GOP’s conservative wing denounced ACA-mandated “essential health benefits,” echoing the idea that it is a threat to American freedom. Or as that same New York medical journal put it:

It is time that someone – everyone – should hoist Mr. Charles Darwin from his grave and blow life into his ashes so that they could proclaim again to the world his tough but practical doctrine of survival of the fittest…The Declaration of Independence said that man was entitled to the “pursuit of happiness.” Any man who wishes to pursue happiness had better be able to stand on his own feet. He will not be successful if he feels that he can afford to be ill. 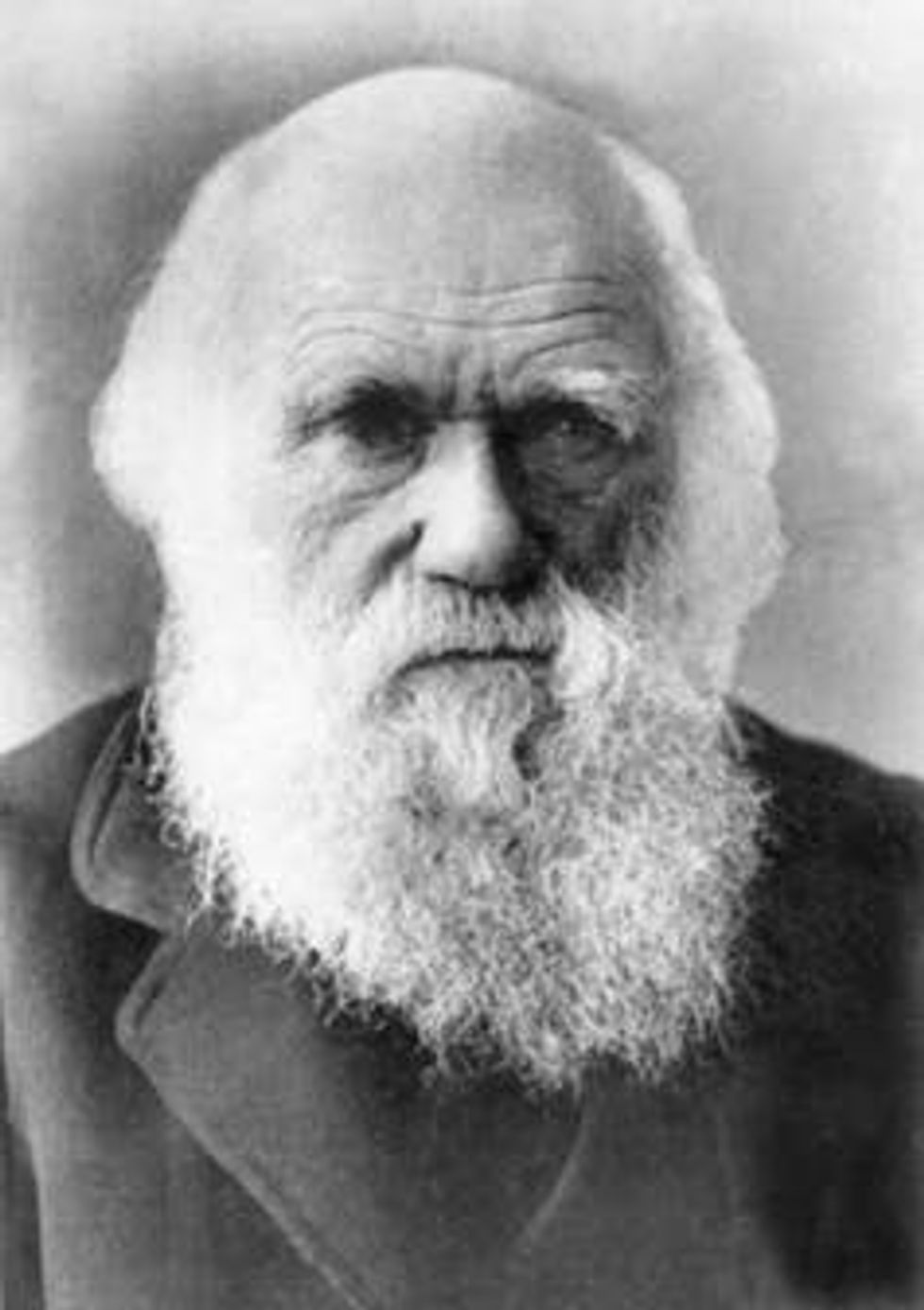 The quality of mercy is not strained

For most physicians, that compassionless condescension lies in the faraway past; for example, the AHCA was overwhelmingly opposed by medical professional groups, including the American Medical Association.

Yet an implacable medical Darwinism retains a firm grip on many conservatives, even on physicians. Then-Oklahoma Sen. Tom Coburn, an obstetrician/gynecologist and prominent Republican, told a sobbing woman at a 2009 public meeting on the ACA that “government is not the answer” when she said she couldn’t afford care for her brain-injured husband.

Similarly, in 2011, after the ACA passed, then-Rep. Ron Paul (R-TX), also an obstetrician/gynecologist, was asked what should be done about an uninsured, 30-year-old man in a coma. “What he should do is whatever he wants to do and assume responsibility for himself,” Paul responded, adding, “That’s what freedom is all about, taking your own risk.”

Or as conservative scholar Michael Strain put it in a 2015 Washington Post editorial: “In a world of scarce resources, a slightly higher mortality rate is an acceptable price to pay for certain goals – including…less government coercion and more individual liberty.”

Strain is right, of course, that resources are limited. Moreover, it’s long been known that overgenerous health insurance can lead to overuse of medical care services.

However, most Americans, including some prominent conservative intellectuals, don’t see stripping away health insurance from 24 million countrymen – the CBO’s estimate of the AHCA’s 10-year impact – as striking a blow for liberty. In a Quinnipiac University poll released just before the scheduled AHCA vote, only 17 percent of respondents approved of the Republican plan and 46 percent said they’d be less likely to vote for someone who supported it.

One day later, GOP leaders withdrew the legislation, sparing Republican representatives a vote “on the record.” Although Vice President Mike Pence has called evolution an unproven theory, it turns out Republicans really do believe in “survival of the fittest” (at least in a political sense), after all.