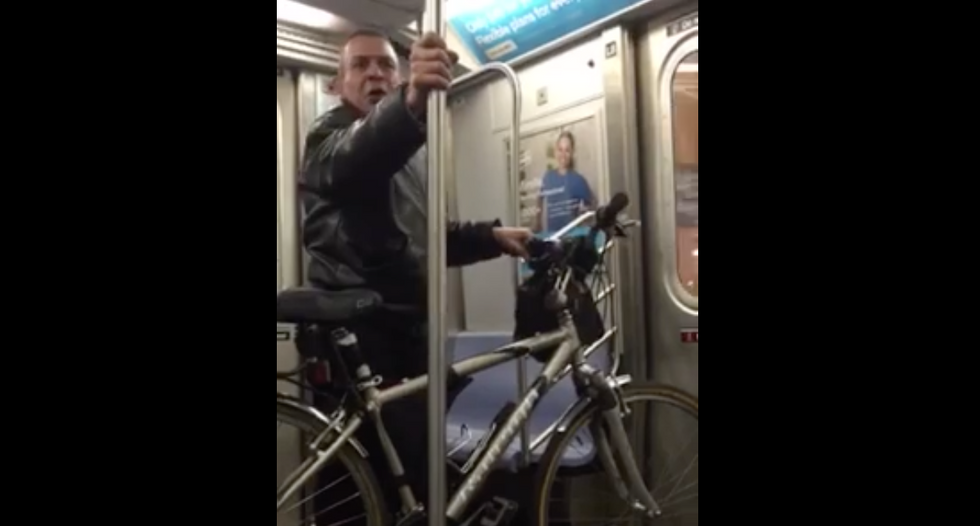 A man shouting racial epithets told an Iranian couple in New York City to "go back to your own country,” before warning he’ll “kill all three of you at one time,” Gothamist reports.

Mahsa Mehrdad, a 32-year old Ph.D student at NYU and Masih Rahmati were riding the C train in Manhattan when a man with a bike began cursing and threatening them, according to a video posted on Facebook.

In the video, the man can be heard saying, "Donald Trump is in the house,” before promising to kill the couple and a bystander sitting near them.

"I was very nervous that he would do something, so I was ready if he attacked for us to run away or to block him from my girlfriend,” Mehrdad told Gothamist.

"At one point he looked at my girlfriend and said, 'I will kill you first,’" Mehrdad said.

The couple showed the video to police, who said they could file a police report but warned there was little authorities could do, as the man appeared mentally ill. Mehrdad and Rahmati declined to file a report.