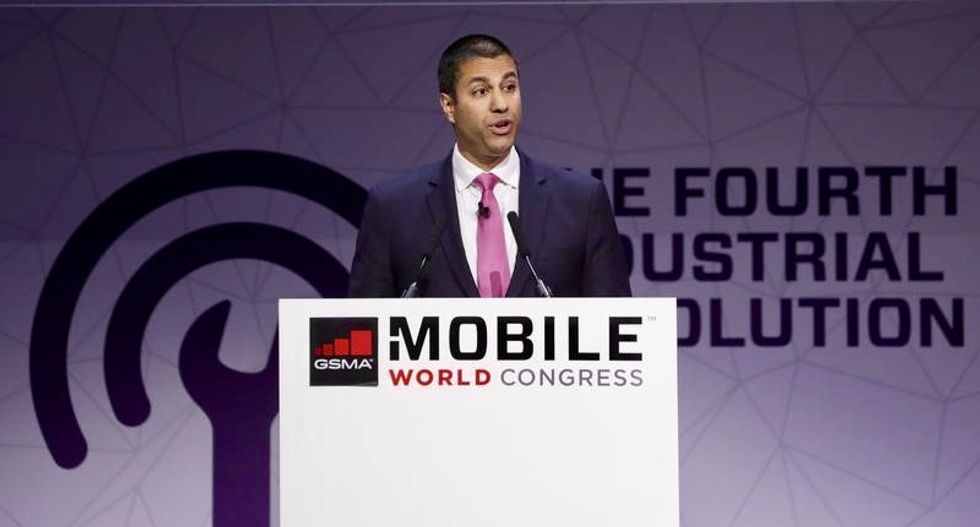 The U.S. Federal Communications Commission on Wednesday blocked some Obama administration rules approved last year that would have subjected broadband providers to stricter scrutiny than websites, a victory for internet providers such as AT&T Inc, Comcast Corp and Verizon Communications Inc .

The decision will "provide time for the FCC to work with the (Federal Trade Commission) to create a comprehensive and consistent framework for protecting Americans’ online privacy," the agency said in a statement.

Under the rules, internet service providers would need to obtain consumer consent before using precise geo-location, financial information, health information, children's information and web browsing history for advertising and internal marketing. For less sensitive information such as email addresses or service tiers, consumers would be able to opt out.

"After all, Americans care about the overall privacy of their information when they use the internet, and they shouldn’t have to be lawyers or engineers to figure out if their information is protected differently depending on which part of the internet holds it," they said. "The federal government shouldn’t favor one set of companies over another - and certainly not when it comes to a marketplace as dynamic as the Internet."

FCC Commissioner Mignon Clyburn, a Democrat, said she opposed the move. "The same agency that should be the 'cop on the beat' when it comes to ensuring appropriate consumer protections is leaving broadband customers without assurances that their providers will keep their data secure," she said in a statement.

Republican commissioners including Pai said in October that the rules unfairly give websites the ability to harvest more data than service providers and dominate digital advertising.

The FCC in 2015 stripped the FTC of the authority to oversee broadband privacy, and the pair said they believe authority should be returned to the FTC.