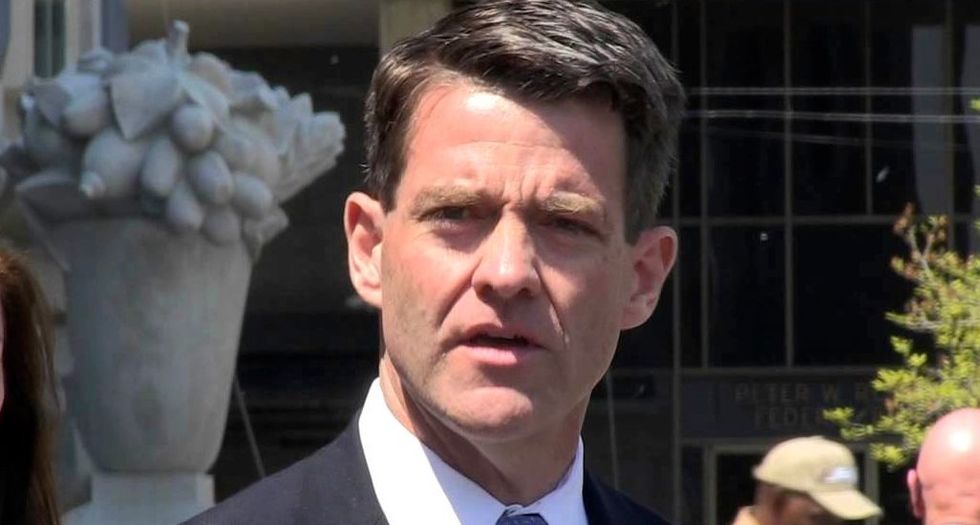 A former associate of New Jersey Governor Chris Christie on Wednesday was sentenced to two years in prison for his role in the "Bridgegate" lane closure scandal that played a part in torpedoing the Republican's White House ambitions.

Bill Baroni, 45, the former deputy executive director of the Port Authority of New York and New Jersey, was found guilty in November of plotting to close down access lanes at the heavily used George Washington Bridge in 2013 in an act of political retribution.

His co-defendant, former Christie deputy chief of staff Bridget Kelly, is scheduled to be sentenced in federal court in Newark later on Wednesday.

Prosecutors said the massive traffic jam they deliberately created in the town of Fort Lee was intended to punish its Democratic mayor for refusing to back Christie's re-election bid, as the governor's aides tried to burnish his bipartisan credentials in advance of his run for president.

Christie has denied any involvement and was not charged. But the scandal's lasting fallout dampened enthusiasm for Christie as he sought the Republican nomination for president in 2016 and has saddled him with record-low approval ratings in his home state.

In an interview on NBC on Wednesday morning, the governor was asked whether he believed Baroni and Kelly should serve time behind bars.

"The judge will do what the judge believes is appropriate," said Christie, who was in Washington for a White House event.