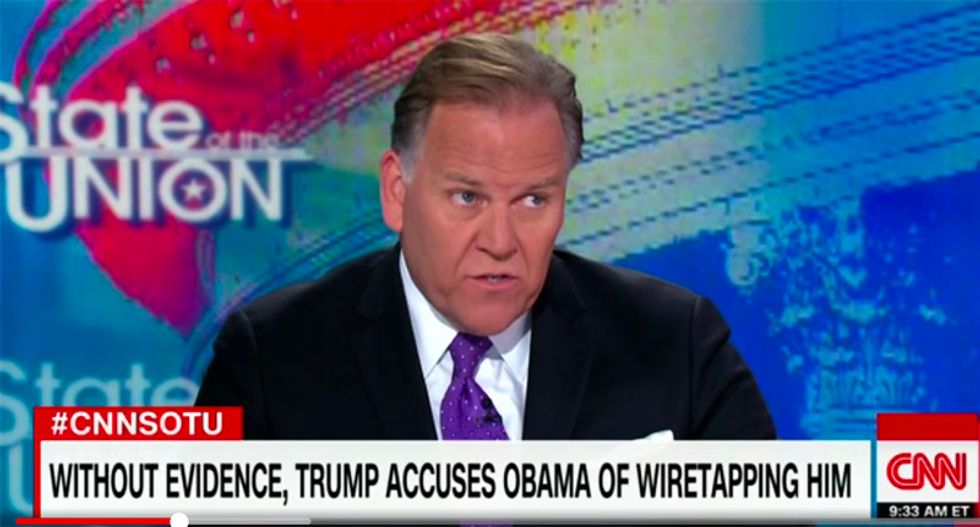 The former head of the House Intelligence Committee admitted on CNN Sunday morning that he is baffled over why President Donald Trump would accuse President Barack Obama of tapping his phones looking for proof of Russian contacts, saying Trump was keeping his Russia problems in the headlines for another week.

“He just put another quarter in the conspiracy parking meter. They have extended this story for a week, two weeks. This makes no sense to me whatsoever,” Rogers told the CNN panel.

“If he had that belief and if he believed that there was some inappropriate behavior on behalf of the Justice Department doing this, then there are internal investigative mechanisms he should have used and called for," Rogers explained. "Making this a big public fight like this I just think is wrong."

According to Rogers, the only person who can possibly benefit from Trump's wild allegations is Russian President Vladimir Putin.

“The only winner in this whole thing has been Vladimir Putin. Everyone — the Democrats are saying that he stole an election, and the president of the United States is saying, ‘Don't worry about it, he’s a pretty good guy.’ If I were Vladimir Putin, I'd be feeling pretty good right about now,” Rogers said.