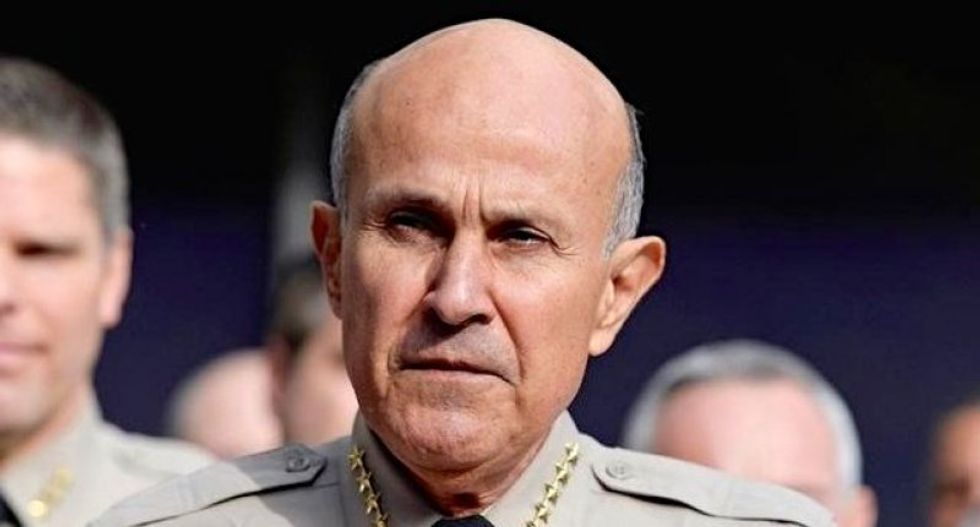 Former Los Angeles County Sheriff Lee Baca was convicted on Wednesday on federal charges stemming from what prosecutors said was an attempt to thwart a federal investigation into corruption at his department, the Los Angeles Times reported.

The verdicts came in the second trial of Baca, 74, on the charges. A jury deadlocked following the first trial in December.

Baca pleaded guilty in February 2016 to one count of lying to federal investigators, but withdrew that plea six months later after a federal judge ruled that the six-month prison term prosecutors recommended as part of the plea agreement was too lenient.

The case stems from a wide-ranging federal investigation of inmate abuse by sheriff's deputies and other wrongdoing, including cover-up attempts, at two downtown Los Angeles jails.

Baca retired in 2014 in the midst of the corruption probe, which has led to 17 convictions.

His defense has contended that Baca was unaware of efforts inside his department to impede the investigation, and that his former second-in-command, Paul Tanaka, was to blame. Tanaka is currently serving a five-year sentence for his role in the case.

A Florida doctor who was recently arrested for raping two patients while there knocked out on sedatives was found dead in a ditch this Monday, The Daily Beast reports.

In June, abortion rights protesters carried signs which read “abort SCOTUS” and demonstrated on the lawn of the Capitol in protest of the U.S. Supreme Court striking down Roe v. Wade and federal abortion protections.

And just last week, well over a hundred anti-abortion protesters gathered in the Capitol rotunda shouting out “make Florida totally abortion free,” as the Legislature convened in an organizational session. Some protesters carried posters with medical images of fetuses outside the Capitol building.

Brazilian football legend Pele has been hospitalized again, but there is "no emergency," his daughter said Wednesday, the latest health issue for the 82-year-old icon, who has been in treatment following a colon tumor.

"He is in the hospital regulating medication," Pele's daughter Kely Nascimento wrote on Instagram.