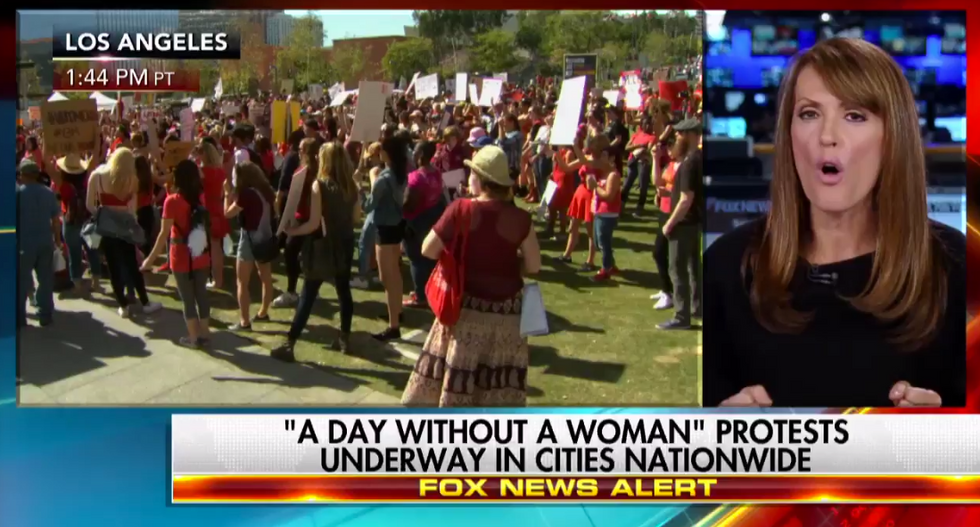 Fox News anchor Dagen McDowell on Wednesday mocked ‘A Day Without Women’ protests erupting across the nation, insisting the movement—which supports “equity, justice and the human rights of women and all gender-oppressed people”—“actually hurts women and hurts women's empowerment."

“I think that it makes so much sense, that it’s so logical, that playing hooky and shirking responsibility makes an employer want to hire you and promote you and sends such a positive message about women in the workplace,” McDowell said sarcastically during Fox News’ “Your World with Neil Cavtuo. "I want to know if the teachers who called out today … went to the homes of all the single moms who also couldn’t go to work because they had to stay home with their kids.”

"This is shameful and it actually hurts women and hurts women's empowerment,” she added.