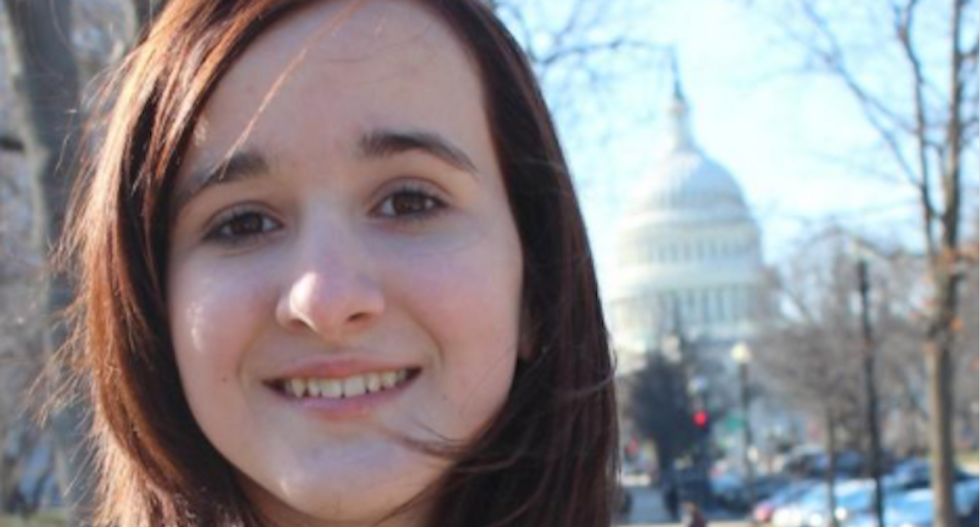 A Native American high school student in Oklahoma was allegedly removed from her classroom after she refused to say or stand for the pledge of allegiance at the start of class on Tuesday, Feb. 28, the Indian Country Media Network reports.

The student, Cierra Fields, is a member of the Oklahoma Cherokee Nation and said that after she decided against participating in the pledge, her teacher shouted at her and removed her from the class.

"After I said I was not going to participate, my teacher raised her voice and said she refused to educate ungodly and unpatriotic students," said Fields. "She was angry and told me that I needed to take an online course to better understand why I needed to participate."

Fields continued, "After I refused to pledge to the flag, my teacher removed me from class by taking me into the hallway in direct view of some of the students. My teacher questioned me and screamed at me about how her father missed a year of her life in Vietnam and how her husband was an Afghanistan war veteran."

Fields is active in social justice work, and has been involved in anti-rape advocacy work. She marched at the Oklahoma women's march in support of Native Rape Survivors and the Violence Against Women Act with a sign that read, "1 in 3 Native women are raped. I did NOT ask to be the ONE."

"As a Native youth, I do not agree that there is liberty and justice for all people," Fields said of her decision to not pledge or stand. "To tell me such a thing and bring into question my rights to take a stance is in direct violation of the First Amendment and West Virginia State School Board Vs. Barnette. Such behavior by a teacher also violates the Religious Freedom Act of 1978, as it questions my beliefs."

Gary Sparks, the principal of the Fort Gibson high school, told the ICMN that Fields was not removed from the class. He claimed, "We did not have any students removed from class for not standing. During third period, we always do the flag salute and the teacher just asked [Fields] why she didn’t want to. [The student] explained why she didn’t and asked if she could come down to the office, which she was allowed to do."

Fields' family has requested an apology from both the school and the teacher.