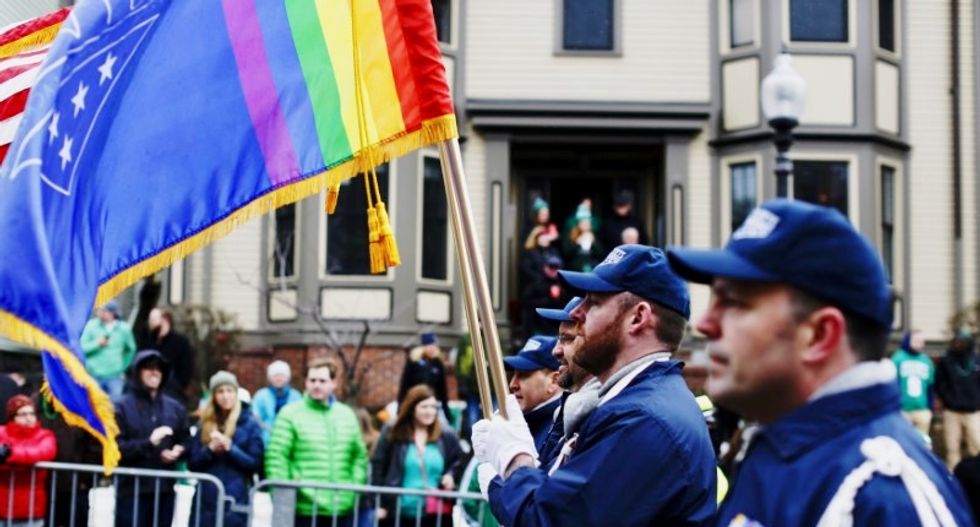 A gay veterans' group that marched in the past two editions of Boston's St. Patrick's Day Parade said the event's organizers have voted to exclude them from the march, reigniting a fight over cultural inclusion in the annual event.

Organizers of the parade, the largest marking St. Patrick's Day in the country, had long excluded openly gay groups from participating, saying that doing so would conflict with the parade organizers' Roman Catholic heritage. But they backed down in 2015 in the face of intense public pressure.

OUTVETS, which has marched in Boston's parade for the past two years, said it had not been told why its permit had been denied this year.

"We just received word from them South Boston Allied War Veterans that OUTVETS has been denied entry into the 2017 South Boston St. Patrick's Day Parade," the group said in a post on Facebook late on Tuesday.

"While the reason for our denial is unclear, one can only assume it's because we are LGBTQ," using a common acronym for gay, lesbian and transgender people.

Officials with the South Boston Allied War Council, which organizes the 116-year-old event, did not immediately respond to a request for comment on Wednesday.

Boston Mayor Marty Walsh had boycotted the event during the time that gays were excluded, and some sponsors pulled out in protest over the exclusion of gay marchers. A representative for Walsh did not immediately respond to a request for comment on whether the group's exclusion would cause him to rethink his participation in the parade.

The event typically draws tens of thousands of revelers along the parade's 1.6 mile (2.6 km) route through the city, which is home to one of the United States' largest Irish-American communities. St Patrick's Day, celebrating Ireland's patron saint, is on March 17.