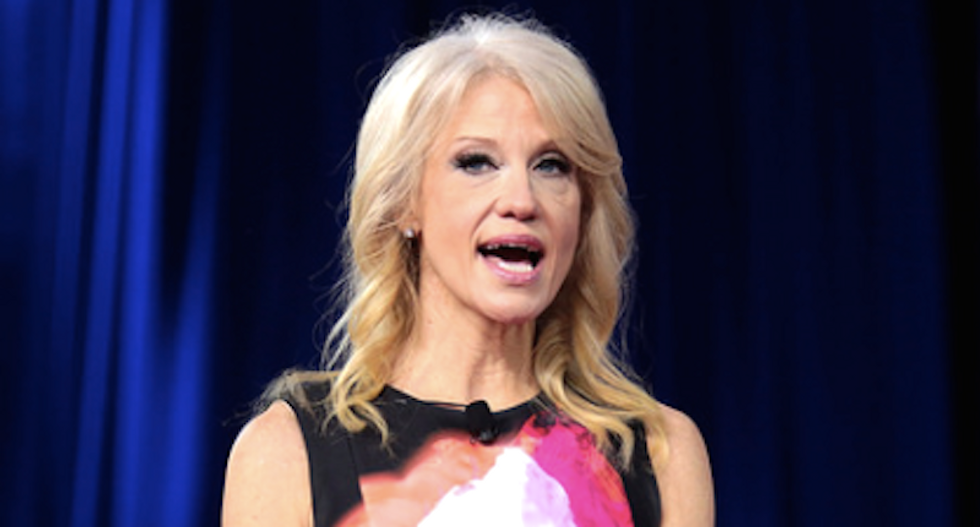 Kellyanne Conway has gained a reputation for untrustworthiness since going to work for President Donald Trump, but a federal court once found her polling work too unreliable to be considered in a lawsuit filed by the government against Whole Foods.

The FTC found a series of internal company emails and public blog posts that showed Whole Foods wanted to acquire its competitor because Wild Oats held a "monopoly" in some markets.

Whole Foods hired Conway's firm, The Polling Company, to design a survey to back claims by a former FTC official who often testified for companies involved in antitrust suits.

That former official, David Scheffman, argued that Whole Foods and Wild Oats shoppers frequently shopped at other grocery stores, so the organic grocers couldn't raise prices without losing those customers to competitors.

However, the U.S. District Court in Washington, D.C., threw out Conway's survey after finding it was too complicated and failed to meet basic standards of polling.

"My overall opinion in this matter is that Ms. Conway's survey methodology and procedures are fundamentally flawed and render her data and results unreliable," Van Liere testified. "In addition, it is my opinion that her survey does not provide a reliable basis to assess the issues associated with consumer perceptions of the substitutability of products and services across food retailers."

Van Liere, an economic consultant and an expert on polling, told the court that Conway included a substantial number of respondents who lived outside the ZIP codes designated in individual surveys and included respondents who didn't understand the questions.

Scheffman wound up not using Conway's poll, which cost Whole Foods $250,000 and was conducted on his behalf.

Whole Foods eventually settled with the FTC in 2009, after agreeing to shut down more than a dozen stores and sell the remaining locations.