'He's lying to them!': Don Lemon rails against Trump supporters who are 'divorced from reality' 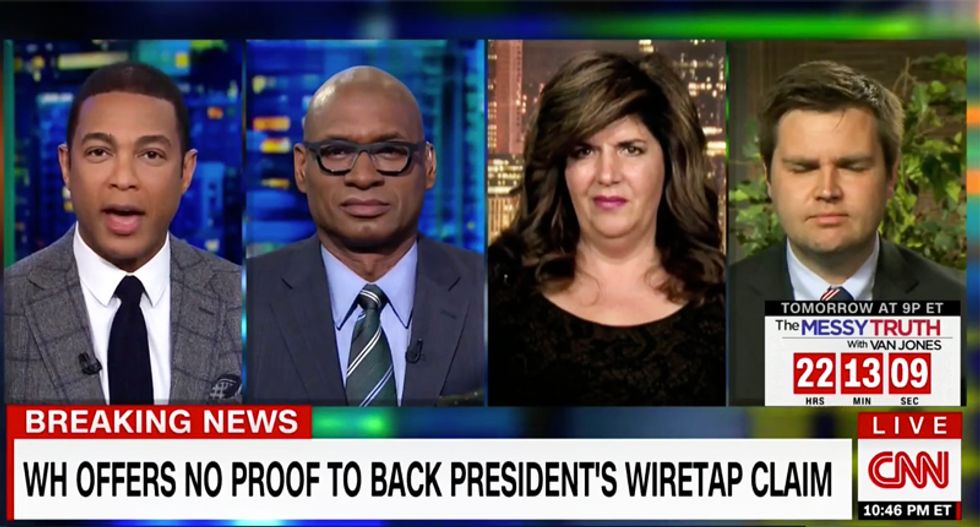 CNN host Don Lemon went off on a rant Tuesday night during a discussion on Donald Trump voters who are willing to accept anything he says because he's not a polished career politician.

CNN panelist Salena Zito related a story about a woman she interviewed who described herself as a "staunch liberal" but said she voted for Trump because he doesn't talk "like a perfectly measured politician," and she felt that made him credible.

An animated Lemon then went off.

"With all due respect to that woman, that is divorced from reality," Lemon told a startled Zito. "Are you saying that she doesn't live in reality?"

“No one should be pushed to ever believe something that’s not true. If someone is telling you the truth, it’s backed up by facts and by research," Lemon asserted. "And so if you are a person who is not divorced from reality and you have all your wits about you, then you need to believe the truth. Basically we are making excuses for people who are divorced from reality. I know that’s hard to hear, but it’s the truth.”