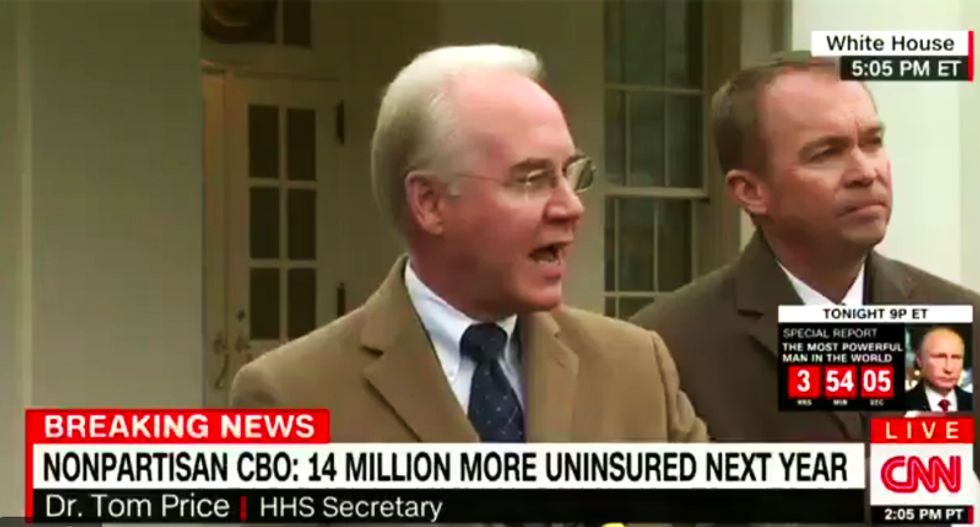 Health and Human Services Secretary Price criticized a U.S. Congressional Budget Office report that stated that millions will lose insurance with the GOP replacement plan for Obamacare -- after admitting that he hadn't read it yet.

Speaking with the press after the report was issued, stating 14 million more people would be uninsured in 2018 and 24 million more in 2026 if the plan being considered in the House of Representatives were adopted, Price dismissed it.

Asked by a reporter if the CBO was wrong in their estimates, Price responded that he had yet to read it but its estimates were "virtually impossible."

“The fact of the matter is, if you look at that, it's virtually impossible to have that number occur. We are not certain – again, we haven’t been able to read the report."

Tom Price: "We think that the CBO simply has it wrong." https://t.co/AhIs7oeKRK pic.twitter.com/6cVdTpTsFT