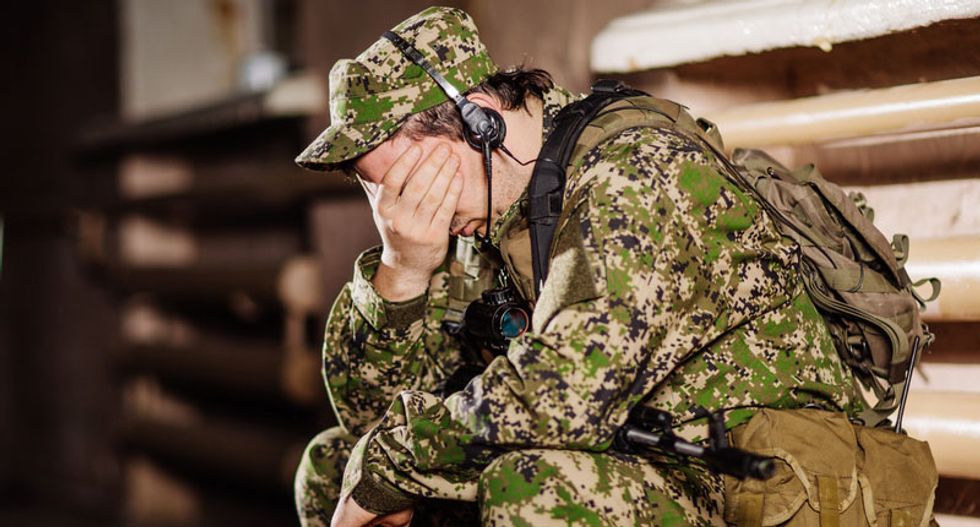 In 2014, 20 former soldiers killed themselves each day on average, according to the Veterans' Administration. Sixty-six percent of those veteran suicides were by gun, confirming studies that show having access to a firearm increases the chances that a suicidal person will successfully end their own life.

Now, House Republicans and some Democrats want to make it easier for veterans who have been deemed "mentally incapacitated, deemed mentally incompetent" or who suffer from blackouts to acquire guns, NPR reports.

Currently, the VA adds the names of veterans judged to be to unfit to own firearms to a federal background check system. The new legislation would require a court hearing before the veteran is barred from gun ownership.

"About 170,000 disabled veterans are deemed mentally incompetent by the VA," NPR's Quil Lawrence said. "A guardian makes legal decisions for them, and their names go on an FBI list so they can't purchase guns. House Republicans sponsored the Veterans' Second Amendment Protection Act to change that."

While Republican supporters of the bill claimed that the current system stigmatizes veterans and those who suffer from mental illness generally, opponents pointed back to the undeniable link between guns and suicide.

"Every single study you can read on this shows you that people in crisis — because suicide is such a spontaneous event — when they separate themselves from personal weapons the incidence of suicide goes down tremendously," retired Gen. Peter Chiarelli testified.