'How many have died under this so-called religion?': Town meeting on proposed mosque goes off the rails 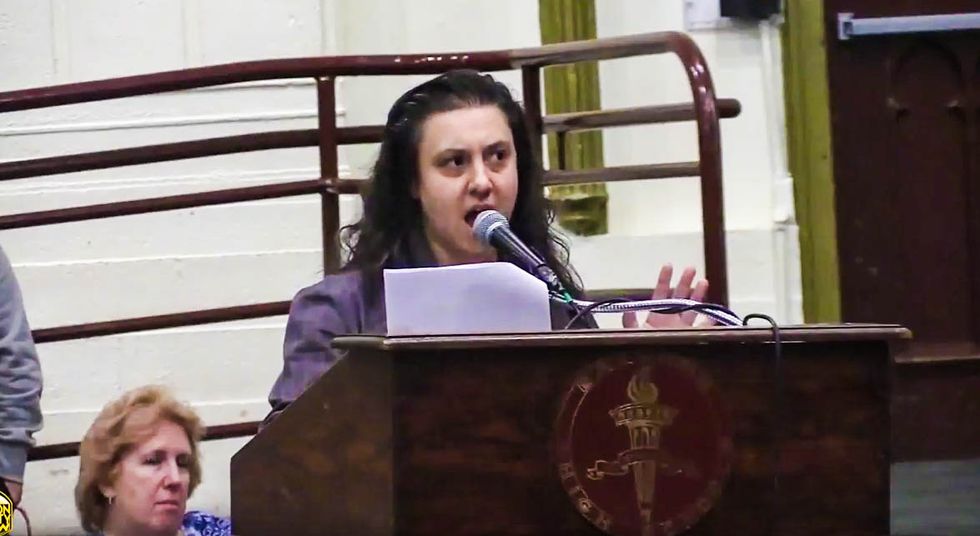 Ledia Elraheb, an opponent of a proposed mosque in Bayonne, N.J. (Screen cap).

A zoning meeting for a proposed mosque in the city of Bayonne, New Jersey went off the rails after a local opponent railed against Islam for being a "so-called religion."

WNYC reports that Bayonne's zoning board on Monday rejected a plan for a proposed mosque, which only gained four out of the five votes that it needed for passage.

During the meeting, several opponents of the mosque lashed out at the plans, and one opponent named Ledia Elraheb went so far as to attack the religion of Islam itself.

"How many children have died under this so called religion?" she yelled out at one point.

However, there were several local residents in attendance who pushed back on these attacks and defended the rights of the city's Muslim population to have their own place of worship.

"They are entitled to the same religious freedom and the right to assembly that every other tax-paying, law-abiding citizen is entitled to," said Bayonne resident Melody Carlisle.

And Sumer Elganbaihy, a Muslim college student who was born in Bayonne, said it was time for residents to start learning more about the Islamic faith instead of simply performing Google searches or believing what they hear on talk radio programs.

Watch highlights from the meeting below.

A Virginia man has pleaded guilty to storming the U.S. Capitol on Jan. 6 and stealing government property, Law&Crime reports.

Ryan Seth Suleski, 34, admitted on Wednesday that he stormed the Capitol and stole some documents he found on the floor of an empty hallway. He pleaded guilty to entering and remaining in a restricted building or grounds and theft of government property. He faces up to one year in jail and a maximum $100,000 fine if he's convicted. His plea deal spares him the more serious charge of obstruction of an official proceeding of Congress, which carries a prison term of 20 years.