'I sense panic at the White House': Journalist Louise Mensch explains how the Russia-Trump probe is coming to a head 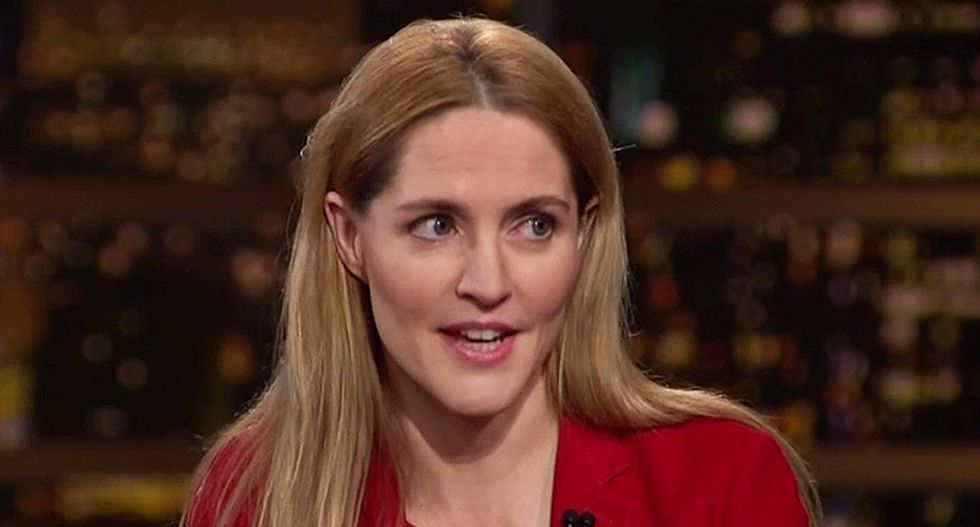 Her first order of business as the investigation progresses, she said, is to get Rep. Devin Nunes (R-CA) off of the intelligence committee, because he obviously cannot be trusted. She said that the Democrats on the committee are doing a decent enough job but have yet to call out Nunes and say "he's got to go."

American horror author and screenwriter Max Brooks wants to see liberals and Democrats "get our FDR balls back" and suit up for a fight against the GOP.

Mensch argued that going after Nunes would bring the fight to the GOP and force them to be tied to Trump, who may very well be engaged in treason.

She went on to say that she thinks "we are a lot further down the line to the end of this than most people think" in the Russia investigation. "I sense panic at the White House. I sense an absolute whiff of panic."

Maher noted that the White House is collectively sweating like whores in churches. He confessed that he has deep concerns of FBI Director James Comey and his inability to control the FBI.

Mensch said cited a Justice Department investigation that looks into the FBI agents in New York leaking to Gen. Michael Flynn, former Mayor Rudy Giuliani and the NYPD, who was leaking to Eric Prince, brother of Betsy DeVos. She went on to say that no one is talking about the investigation into it.

Maher was concerned that Attorney General Jeff Sessions is heading the Justice Department but Mensch said that these leaks are part of the Russia problem and Sessions must recuse himself from all of that.

"There are two sides to the FBI," she continued. "There are the criminal field office divisions that we're talking about and there's the counterintelligence division. They issued the FISA warrant as I reported, and James Comey is taking it very seriously."

Maher speculated on Comey but Mensch said that she does consider him an upstanding person and believes he will do the right thing.

You can watch the full exchange below:

Former federal prosecutor Joyce White Vance spoke to MSNBC's Nicolle Wallace about the recent filing to appeal the 11th Circuit Court's opinion to allow the Justice Department to continue its work on the investigation of the theft of government documents.

Justice Clarence Thomas is the one who generally oversees the 11th Circuit, but Vance explained that folks shouldn't read too much into that.