ICE is now arresting people while they're applying for green cards 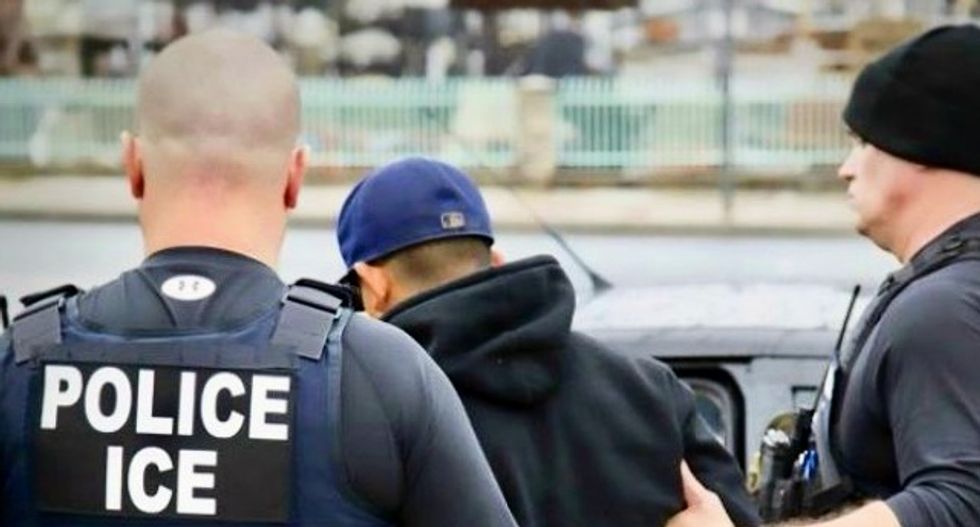 US Immigration and Customs Enforcement (ICE) officers detain a suspect during an enforcement operation in Los Angeles, on February 7, 2017

Three immigrants were arrested in Lawrence, Mass. this week while they were showing up to scheduled appointments to apply for legal permanent residence in the United States.

Local news station WBUR reports that the three were arrested despite the fact that they were working to obtain legal status with the U.S. Citizenship and Immigration Services (USCIS) office.

Brian Doyle, an attorney for a Brazilian national who was one of the three immigrants arrested, tells WBUR that his client knew there was a chance that she might be arrested, but she figured it was worth the risk so she could continue living legally in the U.S. with her American husband and their three children.

"Now, they're in a sort of catch-22 where, 'All right, I'm being called in for this interview. I want to have this first step approved.' If they don't show up, it's what's called abandoned... USCIS just sort of assumes that they don't want to go forward with it," Doyle explains. "But now, if they do show up, trying to take that first step and they're detained, it can lead to them being removed."

Doyle says that while ICE has the authority to detain immigrants while they're applying for green cards, he says they've shied away from it in the past because it will discourage people from seeking legal ways to stay in the country.