Intel committee member says Trump ceded US power: He made Putin 'the most powerful man in the world' 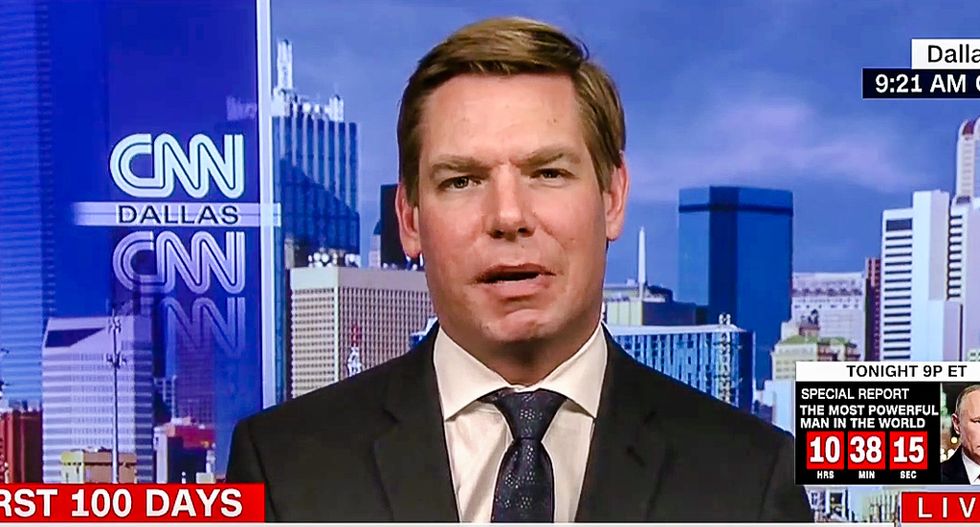 Rep. Eric Swalwell (D-CA), a member of the House Permanent Select Committee on Intelligence, lamented on Monday that President Donald Trump had made Russian President Vladimir Putin "the most powerful man in the world."

Speaking to CNN's John Berman, Swalwell said that an independent prosecutor should determine if the Trump campaign was "working hand in hand with Russia" to get an advantage in the 2016 presidential race.

"The only way to do that is to have an independent commission and to also have a special counsel and independent prosecutor because I don't think the Justice Department can be impartial on this."

As the interview concluded, Swalwell noted that CNN was airing a program about Putin on Monday titled The Most Powerful Man In The World.

"Up until tonight, that was always the president of the United States," the California Democrat remarked. "And I think this goes to a lot of the concerns that this program tonight is about Putin."