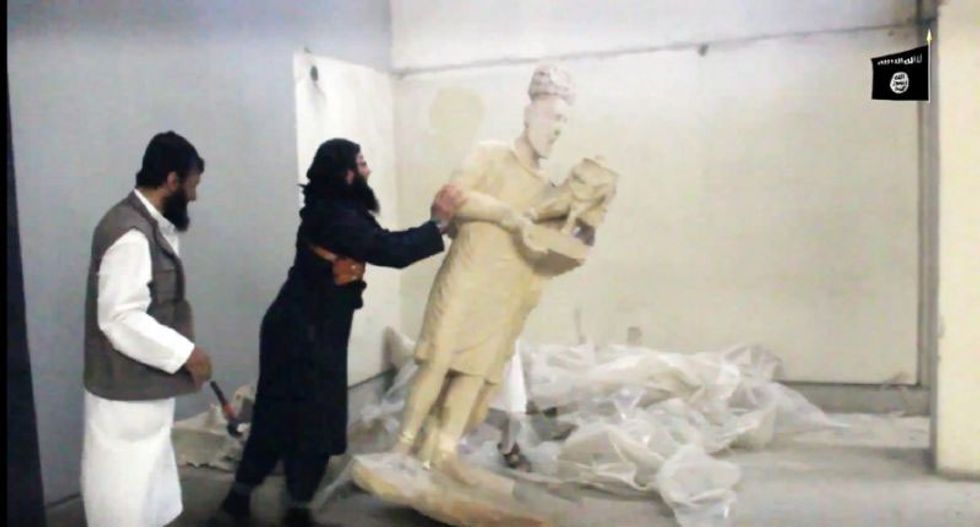 Iraqi forces "recaptured the archaeological museum," Lieutenant General Raed Shakir Jawdat said in a statement, without specifying when this occurred.

The museum was on a police list of sites recaptured from IS during an ongoing offensive to reclaim Mosul, along with the central bank building, which was looted by the jihadists.

Lieutenant Colonel Abdulamir al-Mohammedawi of the Rapid Response Division, the special forces unit that usually spearheads operations with the federal police, also confirmed the museum's recapture, saying it was retaken on Monday.

IS "stole the artefacts and completely destroyed the museum," Mohammedawi said.

The jihadist group released a video in February 2015 of militants destroying ancient artefacts at the museum, after overrunning the city of Mosul the previous June.

The five-minute video shows militants at the museum in Mosul knocking statues off their plinths and smashing them to pieces.

In another scene, a jackhammer is used to deface a large Assyrian winged bull at an archeological site in the city.

IS also smashed stone carvings and detonated explosives at the site of Nimrud near Mosul, and vandalised sculptures at Hatra, another ancient city located in north Iraq.

The destruction at the museum and the archaeological sites has drawn widespread condemnation internationally and inside Iraq.

While IS has cast its destruction of Iraqi heritage as a religiously mandated removal of idols, the jihadists have had no qualms about selling smaller artefacts to fund their operations.

IS overran large areas north and west of Baghdad in 2014, but Iraqi forces backed by US-led air strikes have since recaptured most of the territory they lost.

Iraqi forces launched the operation to retake Mosul on October 17, first recapturing its eastern side and then setting their sights on the west in a push launched last month.