'I’ve never seen in my lifetime an atmosphere of fear' like this: Cory Booker blasts Trump at SXSW 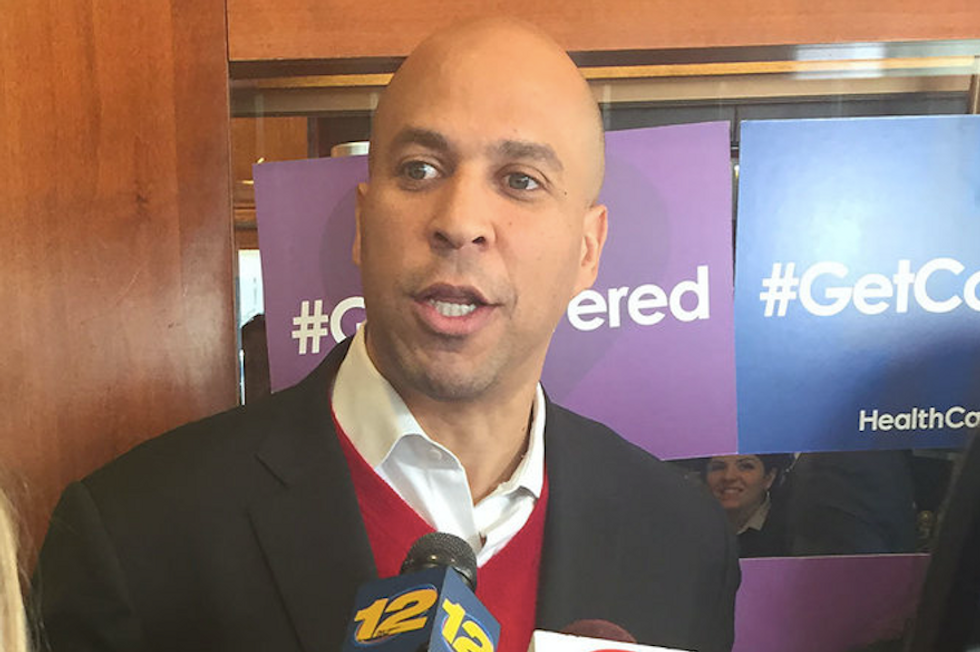 Democratic Senator Cory Booker (NJ) told a crowd gathered at Austin's South by Southwest (SXSW) Interactive conference on Friday that Pres. Donald Trump is causing him to fear for his country in a way that he never has before.

“I’ve never seen in my lifetime an atmosphere of fear as I’ve seen now,” Booker said, according to Deadline Hollywood. “I feel a sense of pain about my country right now. [Trump] isn’t backing away from his rhetoric. But if we don’t engage, we are the source of the problem, not the elected person we don’t like.”

SXSW Interactive is the tech branch of the popular music and arts festival, which draws leaders from the entertainment world as well as Silicon Valley billionaires and up-and-comers trying to get their startups off the ground.

Google’s Malika Saada Saar -- a rights attorney and former global director of the Human Rights Project for Girls -- asked Booker if he plans on running for president in 2020.

He then said, “I don’t know what the future holds, but at this time in my life, I want to be a fierce truth teller. Let’s not focus on 2020; let’s work on the injustices that exist now.”

Former Vice Pres. Joe Biden will appear at SXSW on Sunday and while the panels and attendees are striking an overall anti-Trump, progressive tone, the festival came under fire last week when contracts for international acts threatened signees with deportation if they played shows other than their allotted performances at the festival.

Musician Felix Walworth of the band Told Slant said that his band is pulling out of the festival over the deportation threat.

“I’m not interested in aligning myself with an institution that interacts with immigration authorities as a means of controlling where art is shared and performed, and who makes money off of it," Walworth said on Twitter.

He continued, "It’s no secret that sxsw has played a huge role in the process austin’s [sic] rapid gentrification. the whole festival exists to the detriment of working class people & people of color in Austin. That they’re willing to threaten deportation is enough evidence for me that they don’t care about anyone including the artists that lend them their legitimacy.”