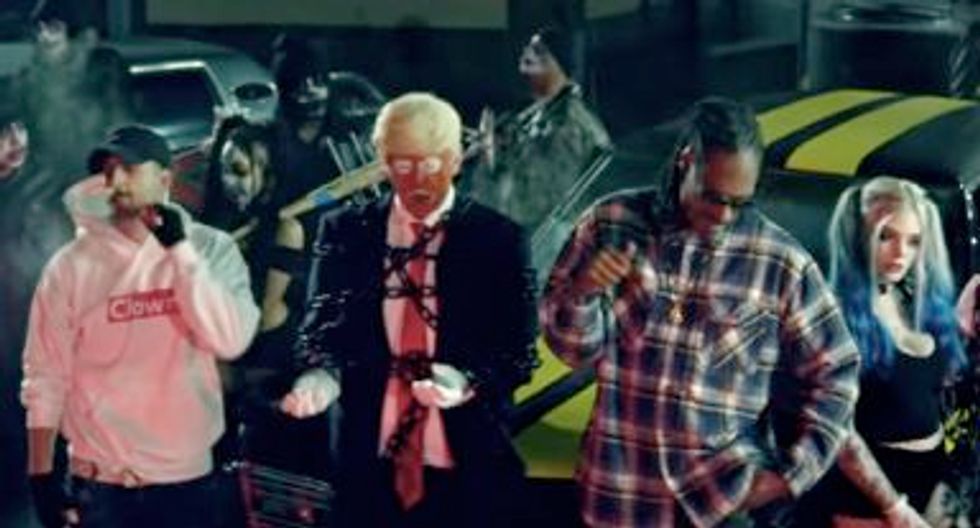 The video is mainly a protest of police brutality, showing a white man getting pulled over by a cop and shot.

"Trying to keep from dying in these muthaf--kin’ streets/ F--k the police/ From a black man’s point of view," Snoop raps.

The video also shows Snoop shooting a Donald Trump-like character with a fake pistol. At the end, the Trump character is still standing, but Snoop and his friends refuse to share what looks like a blunt with him.

The Drudge Report posted the video with the provocative headline "Snoop Dogg 'assassinates Trump' in new rap video," prompting some Drudge readers to Tweet the following in outrage:

Black artist Snoop Dogg has gone too far by making a video of him assassinating a "President Trump" character. Not funny.@Drudge
— Krafty-Wurker (@Krafty-Wurker) 1489414658.0

@DRUDGE_REPORT @SnoopDogg good job offending half of your fans (which is the reason you even have a career or fame)… https://t.co/AOzENJEnKY
— Rachael McDonald (@Rachael McDonald) 1489413627.0