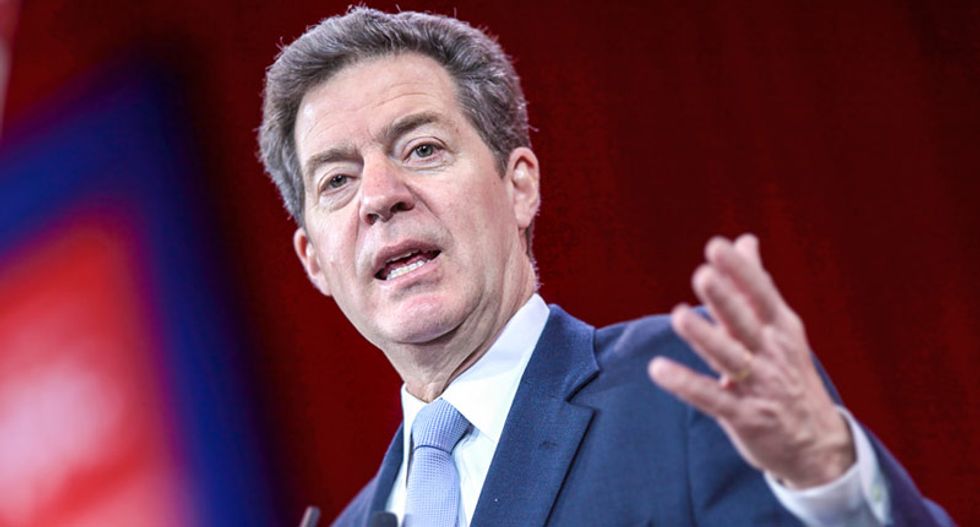 he Kansas Senate gave final approval on Tuesday to a bill expanding eligibility for Medicaid under the federal Affordable Care Act (ACA) even though the measure faces a likely veto by Republican Governor Sam Brownback.

The 25-14 Senate vote followed the House's 81-44 passage of the bill last month, with the vote totals falling short of veto-proof margins in both Republican-controlled chambers.

In a tweet on Monday, Melika Willoughby, the governor's spokeswoman, said instead of addressing the health care needs of vulnerable residents in a sustainable way, the legislature was choosing to expand "a failing entitlement program."

"To expand Obamacare when the program is in a death spiral is not responsible policy," she tweeted.

After legislation to replace and repeal the act championed by former President Barack Obama was pulled in the U.S. House last week, President Donald Trump warned Obamacare would collapse. The replacement bill pushed by House Speaker Paul Ryan would have ended the ACA's expansion of Medicaid, the federal and state funded insurance program for the poor and disabled.

Kansas was not among the 31 states as of 2016 that had opted to expand Medicaid with the federal government footing much of the cost under Obamacare.

With the ACA's enhanced federal funding, Kansas' expansion effective Jan. 1, 2018 would cost the state an estimated $31 million in fiscal 2018, which begins July 1, and $67 million in fiscal 2019 with the addition of more than 180,000 recipients, according to estimates cited in a legislative report on the bill.

Without enhanced federal matching funds, the state's costs would balloon to $465 million by fiscal 2019.

Kansas is already struggling with a structural budget deficit largely due to tax cuts enacted in 2012. In addition, the state supreme court ruled earlier this month that Kansas was underfunding public schools in violation of a state constitutional requirement for adequacy.