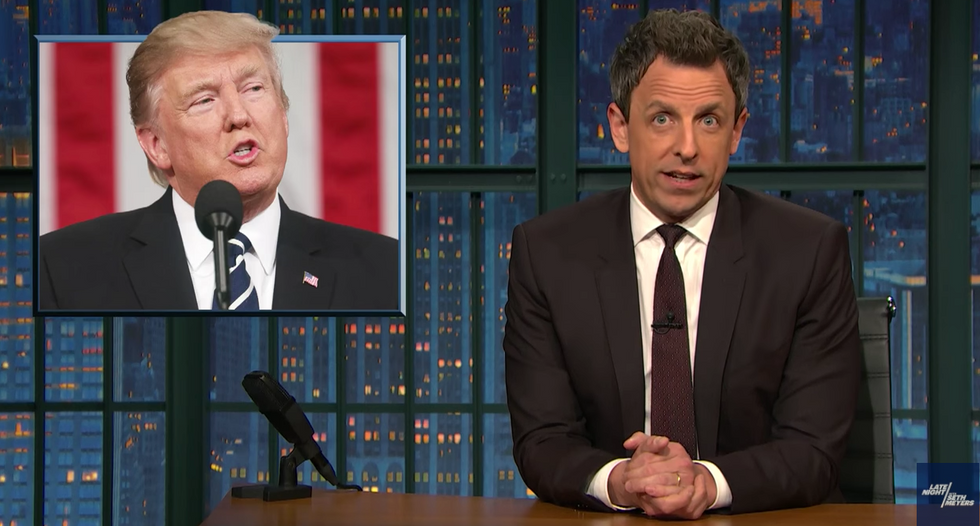 Seth Meyers on Wednesday eviscerated claims that Donald Trump pivoted during his first address to a joint session of Congress, imploring is audience not to “get fooled again” by the promise of a more presidential tone.

“It was a restrained performance, which means the media once again salivated over the possibility of a more presidential Trump,” Meyers said during his “A Closer Look” segment on Late Night.

Noting that Trump “spent the last year and a half lowering the bar when it comes to public speaking,” the face that he “managed to sustain a muted tone that for any other politician would be considered unremarkable … was itself seen as a huge victory last night.”

“As usual, the media obsessed over their favorite topic: his tone,” Meyers continued, arguing “there are still many in the media who are desperate to treat him like any other president.”

The Late Night host noted that many media figures insisted the president is trying to be “normal,” prompting Meyers to joke, “Yes, like a pair of pants, Trump tried on normal and asked America, ‘does this make my ass look big?’”

“Let’s not get fooled again,” Meyers added. “We’ve been here before.”

Watch the full segment below, via NBC: