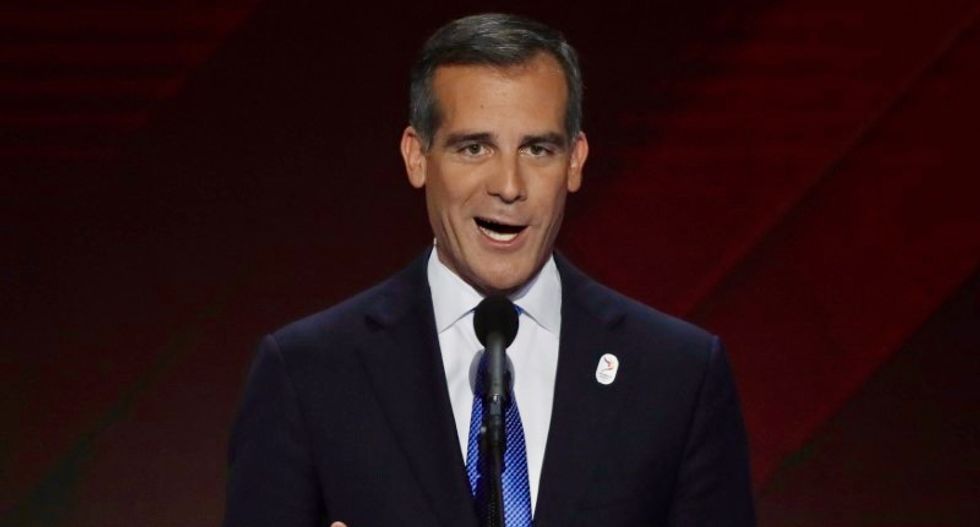 Los Angeles Mayor Eric Garcetti clinched re-election on Tuesday in a landslide victory that handed him a second four-year term in charge of America's second-largest city.

Garcetti won 81 percent of the vote, according to a tally of all ballots early on Wednesday.

The nearest of his 10 challengers Mitchell Schwartz, who was California state director of Barack Obama's presidential campaign in 2007 and 2008, trailed with just 8 percent of the vote.

Garcetti, a 46-year-old Democrat, was "deeply honored" to serve a second term, he said on Twitter early on Wednesday.

During his campaign, the mayor highlighted his support for a measure to raise the city's minimum wage, and employment gains in the aftermath of a nationwide recession. He also enjoyed a significant funding advantage over his rivals, reporting raising more than $3.8 million as of March 1.

Schwartz, the only other candidate to have raised substantial funds, is expected to have spent $790,000, a spokesman said.

Garcetti, who defeated then-city Controller Wendy Greuel in a run-off four years ago, is the son of former prosecutor Gil Garcetti, whose office tried O.J. Simpson for murder and lost.

Supporters of the plan, which was defeated with 69 percent of voters against, said spot zoning permits granted to wealthy real estate interests had spurred runaway construction, increasing congestion and driving up housing costs.

Opponents said it would have undermined the city's efforts to create more affordable housing.