Merkel meets Trump in clash of style and substance 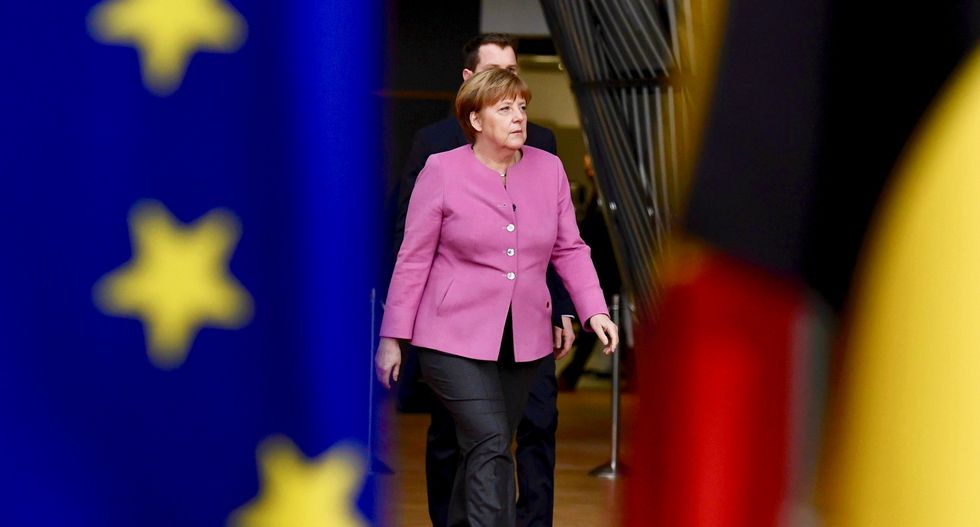 She is controlled and cautious, a physicist from East Germany who takes her time making decisions and has never relished the attention that comes from being Europe's most powerful leader.

He is a wealthy real estate magnate from New York who shoots from the hip and enjoys the spotlight.

It is hard to imagine two leaders more different, in style or substance, than Angela Merkel, the German chancellor, and Donald Trump, the new president of the United States.

For months, they have been engaged in an uneasy long-distance skirmish over policy and values.

On Friday, they meet for the first time - a high-stakes encounter that will be watched by governments around the world for clues about the future of the transatlantic alliance, a partnership that has helped shape the global order since World War Two but which Trump is threatening to upend.

"Do I think they are going to become good friends? Probably not. They are very different personalities," said Charles Kupchan, who advised Trump's predecessor Barack Obama on European policy as a member of the National Security Council.

"But I do think they have a strong interest, both politically and strategically, in learning how to work together. It is arguably the most important meeting with a foreign leader of Trump's presidency."

German officials say the detail-oriented Merkel, 62, has been preparing assiduously for her trip. The meeting, initially due on Tuesday, was postponed until Friday due to a severe winter storm expected in Washington.

She has watched Trump's speeches and pored over his interviews, including a lengthy Q&A with Playboy magazine from 1990 in which he floats many of the controversial ideas he is now trying to implement as president, they say.

Members of her entourage have also analyzed Trump's encounters with other leaders - including Britain's Theresa May, Japan's Shinzo Abe and Canada's Justin Trudeau - and have had exchanges with some of their counterparts on how to handle the unpredictable former reality-TV star, the officials added.

"We have to be prepared for the fact that he does not like to listen for long, that he prefers clear positions and does not want to delve into details," said one senior German official.

On both economic and foreign policy, the divide between the two leaders appears vast.

Trump, 70, has called Merkel's decision to allow hundreds of thousands of refugees into Germany a "catastrophic mistake".

He has threatened to impose tariffs on German carmakers that import into the U.S. market. And he has criticized Berlin for not spending more on defense, a longstanding U.S. complaint that Merkel has promised to address.

Another source of tension is Germany's 50 billion euro trade surplus with the United States.

Trump adviser Peter Navarro has accused Germany of gaining unfair trade advantages through a weak euro. Merkel and her ministers have pointed out that the European Central Bank - and not Berlin - controls the fate of Europe's single currency.

Russia will also be on the agenda. White House officials have said Trump will seek advice from Merkel on how to deal with Russian President Vladimir Putin.

For her part, Merkel has been critical of Trump's travel ban targeting the citizens of several mainly Muslim countries. In a phone call in January, she explained to Trump that the Geneva Convention obliges signatories, including the United States, to take in war refugees on humanitarian grounds.

Merkel is also concerned that Trump, who has repeatedly praised Britain's decision to leave the European Union, might continue to undermine the bloc with his rhetoric at a time of deep crisis triggered by the rise of anti-EU populist parties.

"Europe is in a very fragile, precarious state and Germany is trying to ensure that the European integration project holds together. I suspect the chancellor will want to make this clear to the president," said Anthony Gardner, who served as U.S. ambassador to the European Union until January.

"This is an opportunity to sketch out areas of common interest, to define a positive agenda," he added. "But one meeting won't change the atmosphere on its own."

Trump is the third U.S. president that Merkel, Europe's longest-serving leader, has worked with.

She established a good rapport with George W. Bush, who was keen to repair ties with Germany after his clash with Merkel's predecessor Gerhard Schroeder over the Iraq war.

And although relations with Obama got off to an awkward start when Merkel rebuffed his request to speak at the Brandenburg Gate during the 2008 presidential campaign, the two grew close over time, cooperating on sanctions against Russia and launching negotiations on a transatlantic free-trade deal.

"The parting is hard for me," Merkel acknowledged when Obama visited Berlin in November, a week after Trump's victory.

The German leader will be walking a fine line in Washington. With an election looming at home in September, she must avoid offering her political opponents ammunition by cozying up to Trump. Neither can she afford an open confrontation that might damage German interests.

One of the biggest concerns in the chancellor's camp before the visit is the potential for surprises.

Japan's Abe had an awkward 19-second handshake with Trump, while May was criticized in some sections of the British media for holding hands with Trump during a stroll at the White House, apparently after he reached out to steady himself.

When Israeli Prime Minister Benjamin Netanyahu met Trump last month, he and his team spent the day before running through endless scenarios, lines of questioning and role-plays to ensure they were prepared for any scenario.

But in the end, they were still taken aback when Trump spoke off the cuff at their news conference on the sensitive issues of settlements and a future Palestinian state.

Merkel has admitted to being so uncomfortable with surprises as a child that she drew up her Christmas wish-list months in advance to avoid being caught off-guard by an unexpected gift.

With Trump, she might have to expect the unexpected.