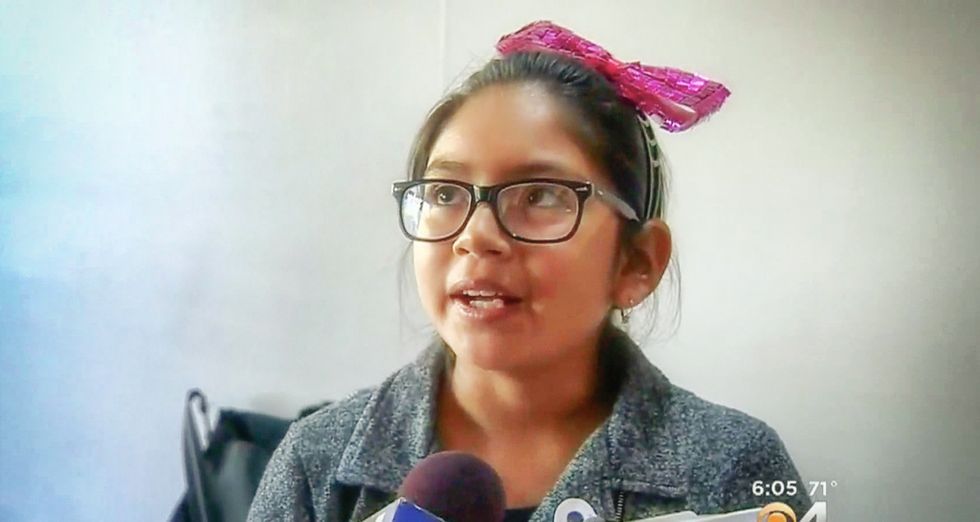 According to WFOR, undocumented parents are fearful after President Donald Trump said that he was open to deporting undocumented children who were brought to the U.S. illegally. They are often referred to as "Dreamers."

"Our people didn’t come to harm this country. They came here so their children could have a better future," Jasmine Coach, a 10-year-old undocumented student, told the Miami-Dade School Board on Wednesday.

Jasmine's mother, Laura, said that she was "more fearful now than in all my lifetime here in the United States."

"I worry about one day when I come back home she’s not there, she might be called, she might be already deported. It’s very sad,” Jasmine lamented.

The school board passed a declaration on Wednesday saying that they would not cooperate with federal agents.

"On behalf of every single kid in this community, over my dead body will any federal entity enter our schools to take immigration actions against our kids,” he said.

Watch the video report below from WFOR, broadcast March 16, 2017.