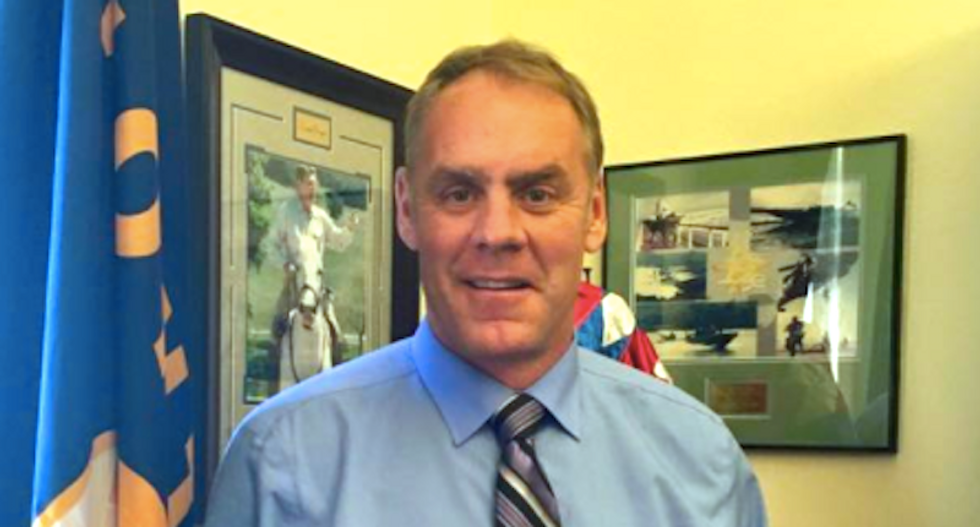 A Native American tribe in Montana filed a lawsuit against the Trump administration on Wednesday, challenging its decision to lift a moratorium on coal leases on public land without first consulting with tribal leaders.

The Northern Cheyenne Tribe, located in southern Montana, said the administration lifted the moratorium without hearing the tribe's concerns about the impact the coal-leasing program has on the tribe, its members and lands.

Earlier this month, the tribe sent a letter to Interior Secretary Ryan Zinke, who signed the order lifting the moratorium on Tuesday, asking to meet with him to discuss the issue. Zinke did not respond to the letter.

"It is alarming and unacceptable for the United States, which has a solemn obligation as the Northern Cheyenne's trustee, to sign up for many decades of harmful coal mining near and around our homeland without first consulting with our Nation," Tribal Chairman Jace Killsback said.

Although coal leasing can resume on federal lands, Killsback said the tribe, which filed the lawsuit in U.S. District Court in Great Falls, Montana, will bear the brunt of the impact.

"The Northern Cheyenne rarely shares in the economic benefits to the region generated by coal industry and other energy development projects," he said.

Approximately 426 million tons of federal coal are located near the Northern Cheyenne Reservation at the Decker and Spring Creek mines in Montana, the tribe said.

Neighboring tribe, the Crow, rely on coal production to support their local economy and have called for the relaxation of coal regulations for years.

In a press call on Wednesday, Zinke said the new executive orders are a boon for the Crow people, who rely on coal as their predominant industry.

"A war on coal is a war on the Crow people," he said. He did not respond to a query about the Northern Cheyenne lawsuit.

In a separate lawsuit filed on Wednesday by environmental group Earthjustice, a coalition of conservation groups challenged the administration's moratorium decision, arguing that it imperils public health for the benefit of coal companies.

"No one voted to pollute our public lands, air or drinking water in the last election, yet the Trump administration is doing the bidding of powerful polluters as nearly its first order of business,” Earthjustice attorney Jenny Harbine said in a statement.