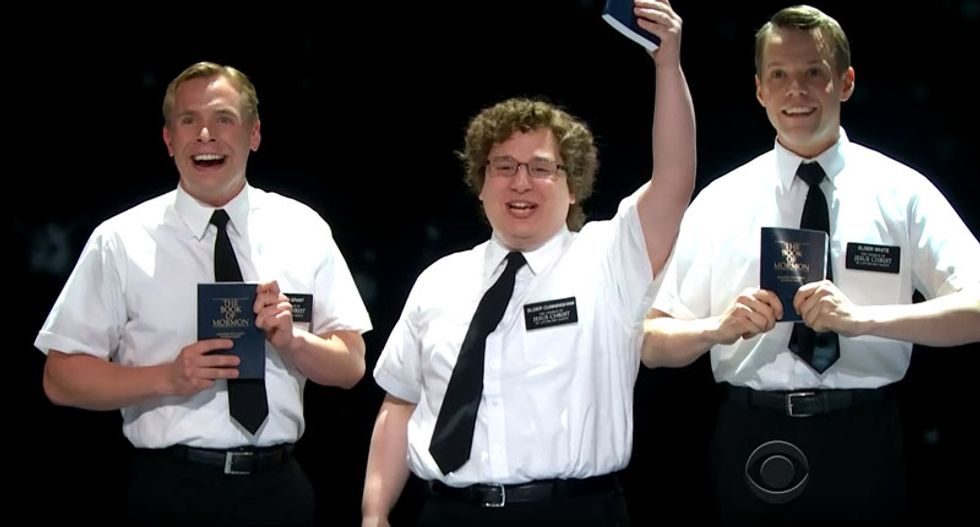 A group of former and inactive Mormons leaked documents revealing the inner-workings of the Mormon church, also known as the Church of Jesus Christ of Latter-day Saints.

Gizmodo reported that the church responded with a DMCA (Digital Millennium Copyright Act) takedown notice demanding MormonLeaks remove PowerPoint presentations. The group responded via their attorney (PDF) that the group obtained the information legally and is entitled to use and distribute it as a journalistic source.

Attorney Marc Randazza cited the church's response to the musical "Book of Mormon," which celebrates religious tolerance and free speech.

"Where most religions react to mockery with anger, and sometimes even violence, the LDS Church embraced what others might have considered to be an insult," he explained in his letter. "There is no better way to demonstrate the strength of your beliefs than to tolerate criticism and mockery of them."

He went on to argue that the efforts of the LDS church will ultimately be fruitless. Even if his clients deleted the information from their website the documents would still be distributed all over the world.

"You tried to blow out a single candle, but in the process, you knocked it over into a field of dried leaves," he wrote. "You may have extinguished that initial flame. However, your attempted censorship simply caused the document to be further reproduced and redistributed that even a hypothetical divine being could not possibly undo the dissemination."

The letter went on to probe the church about how such a takedown notice conflicts with the basic beliefs of the LDS church.

Gizmodo noted that the members of the leaker site have no idea why the LDS church sent the DMCA notice after this most recent document dump. Thus far the site has posted 66 documents, but they think it probably had something to do with one slide of the PowerPoint saying "enemies list" and including an excommunicated Mormon podcasters and specific bloggers who have been critical for the church, or advocated for the LGBTQ community or gender equality within the church.

Slide 17 shows groups the church considers to be ranked among the "far left" or "far right," with the feminist group Ordained Women as far left as possible on the infographic. The organization works to achieve gender equality in Mormonism, which they consider a "patriarchal order." The far-right groups are what the Mormon church considers "false prophets" and "end-time preppers." Others include "lies," "lack of righteousness" and "pornography."

The church scores about $7 billion annually from the 10 percent they require members tithe. They also earn substantial income from for-profit commercial and residential buildings. However, Gizmodo noted that most members are not aware of how the money is being spent or how much leaders are paid. The church has claimed in the past that they're giving modest living stipends but that's not what the documents showed.

MormonLeaks founder Ryan McKnight received financial information and said that his "heart was racing thinking about the implications of publishing" it. McKnight was also the person that leaked the document proving children of same-sex parents were being barred from blessings and baptisms. He's since dropped several videos of leaders discussing marijuana, same-sex marriage and politics. Ironically, there is also a video of a members talking about "group like Wikileaks" that "could embarrass or damage the Church."

MormonLeaks has published documents that reveal pay stubs, financial reports, budgets, public relation memos on the 2002 Olympics in Utah and a book about a historic mass slaughter committed by a Mormon militia, and the “temple ordinance” and baptisms of 17 dead public figures such as Bob Marley, Albert Einstein, Adolph Hitler, and Sacajawea, Gizmodo explained.