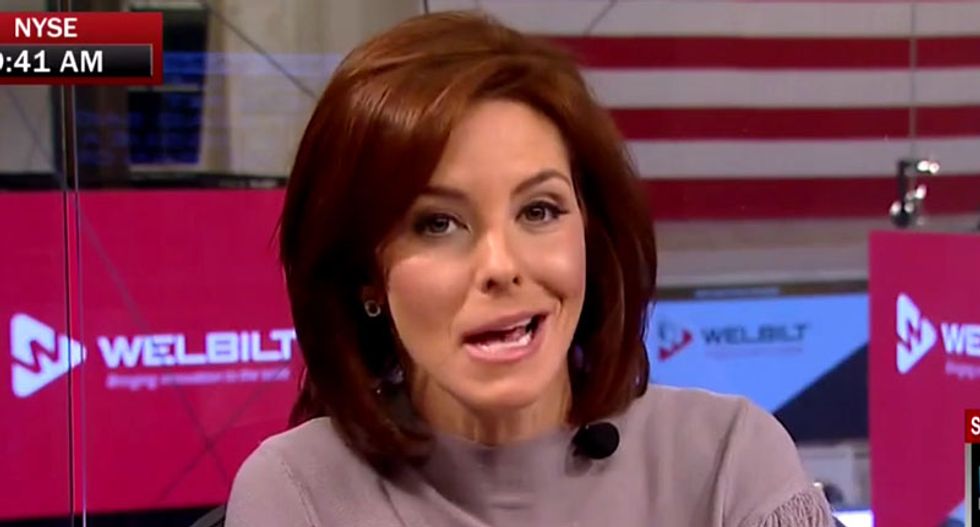 MSNBC host Stephanie Ruhle on Friday sarcastically educated a Republican who thinks men shouldn't have to pay for prenatal care.

"Everyone is born, I think we can agree on that," Goolsbee continued. "The prenatal care is good for society, that we are covering prenatal care, that women can have babies in a healthy way, and to object that men shouldn't have to pay for things that are women's problems, young people shouldn't pay in for things that are old people's problems. Hopefully all the young people will be old people, eventually. As I say, that's how insurance markets work. I don't understand this objection."

But Ruhle cut to the chase.

"Austin is talking insurance markets. Congressman Shimkus, if you are watching, unlike Tom Price, I'm not a doctor. But I will talk science for a moment: Though it is women who need that prenatal care, men are involved in the process that requires them to need prenatal care, FYI," she said with a wink.