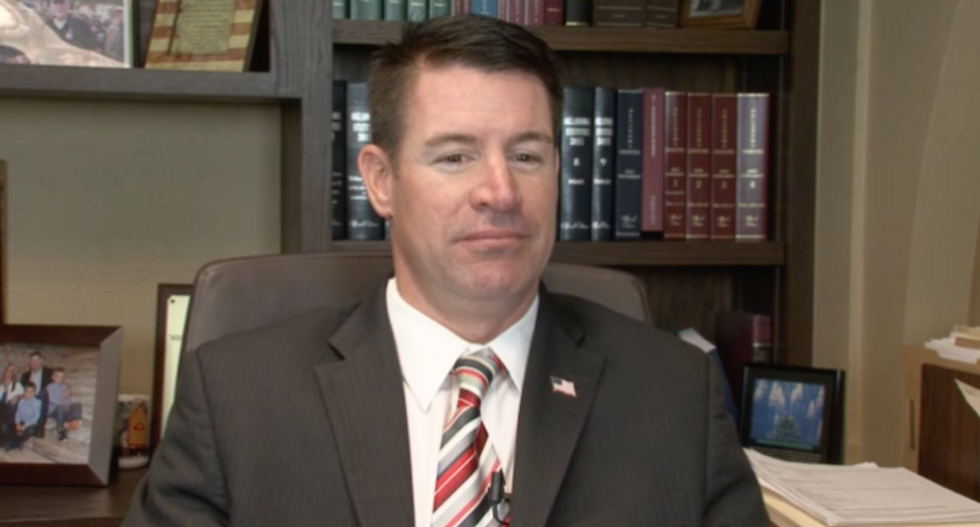 The Council on American-Islamic Relations (CAIR) of Oklahoma organized its annual Muslim Day at the Capitol to offer Muslim communities across the state an opportunity to meet with elected officials. However, one Republican representative was unwilling to meet with constituents unless they filled out a questionnaire.

CAIR-Oklahoma Executive Director Adam Soltani posted a video on Facebook from the Capitol and outlined some of the questions included in Rep. John Bennett's questionnaire. "I just have been informed by some of our community members that Rep. John Bennett ... is refusing to meet with Muslims unless they answer questions from an Islamophobic hate group called ACT for America," Soltani said.

Soltani told Raw Story the handout "was distributed by [Bennett's] office [on Thursday] when three students from Tulsa's Peace Academy school went to visit his office and requested to speak with him as Oklahoma citizens." The Peace Academy is an independent, private Islamic school.

Some of the questions in the document included the following:

"Sharia law says that it must rule over the kafirs, the non-Muslims. Do you agree with this?”

"The Koran, the sunna of Mohammed and Sharia Law of all schools say that the husband can beat his wife. Do you beat your wife?"

"Mohammed was a killer of pagans, Christians and Jews that did not agree with him. Do you agree with this example?

Soltani read off some of the questions, explaining, "Nobody should be vetted with stupid, Islamophobic, hateful, bigoted questions before they can meet with their representative."

According to CAIR's website, Bennett has a history of anti-Muslim sentiment, noting that in 2014, the Republican said in a Facebook post that people living in Oklahoma should be "wary" of their Muslim-American neighbors.

Bennett also told his constituents that Islam's ultimate goal is "the destruction of Western civilization from within." He made the comment during a 2014 Republican event in Sallisaw, Oklahoma. "This is a cancer in our nation that needs to be cut out," he said.

"We need to hold this man accountable," said Soltani in the video. "John Bennett has no right to do this to Muslims or to any group of people."

ACT for America, the group behind the questionnaire, is the largest anti-Muslim extremist group in the United States, according to the Southern Poverty Law Center. The group has direct ties to the White House, specifically through White House chief strategist Steve Bannon and Trump’s CIA Director Mike Pompeo.

See below for a photo of the questionnaire provided by CAIR-Oklahoma Executive Director, Adam Soltani. 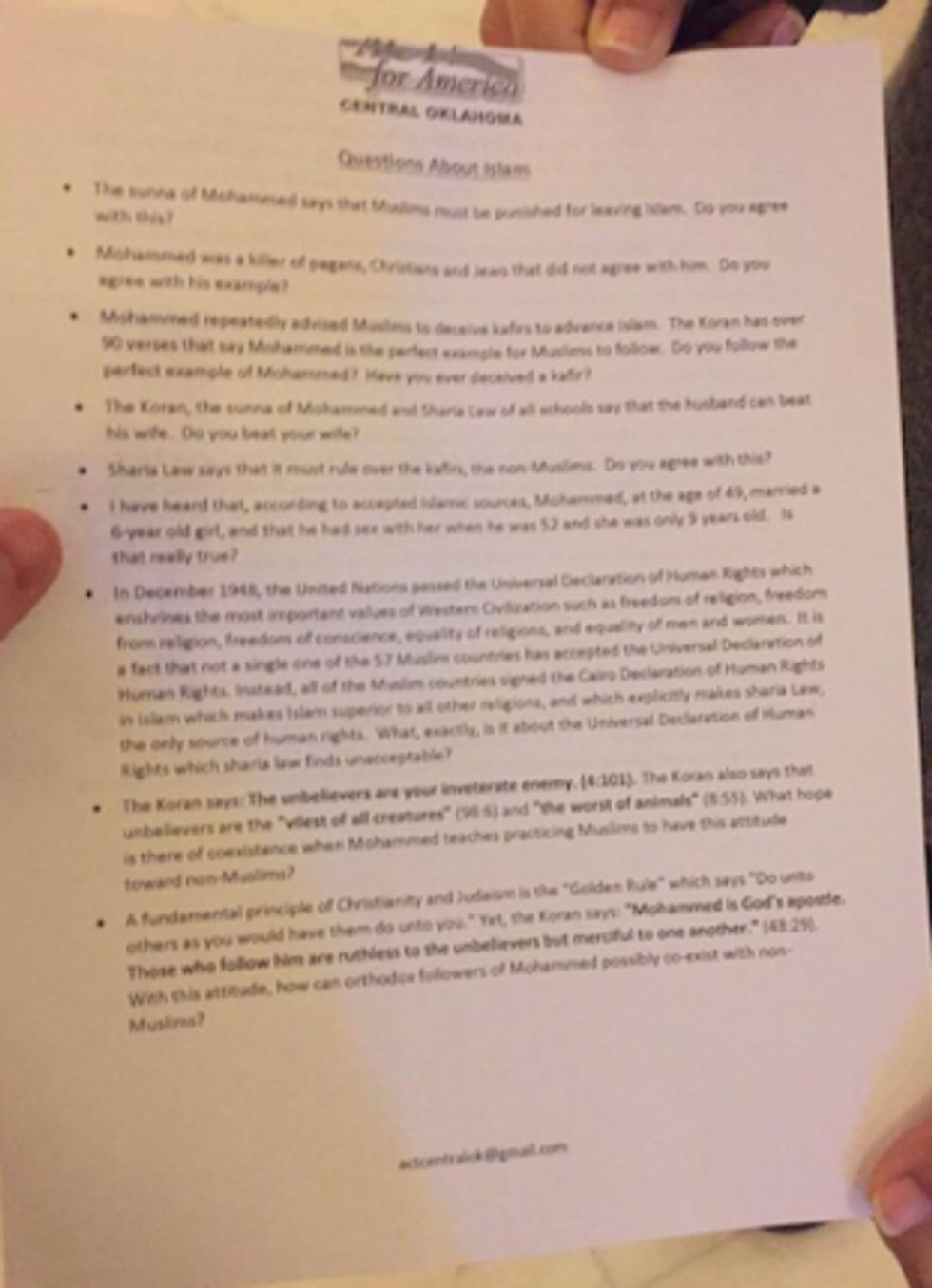