New Orleans Confederate monuments can come down: US court 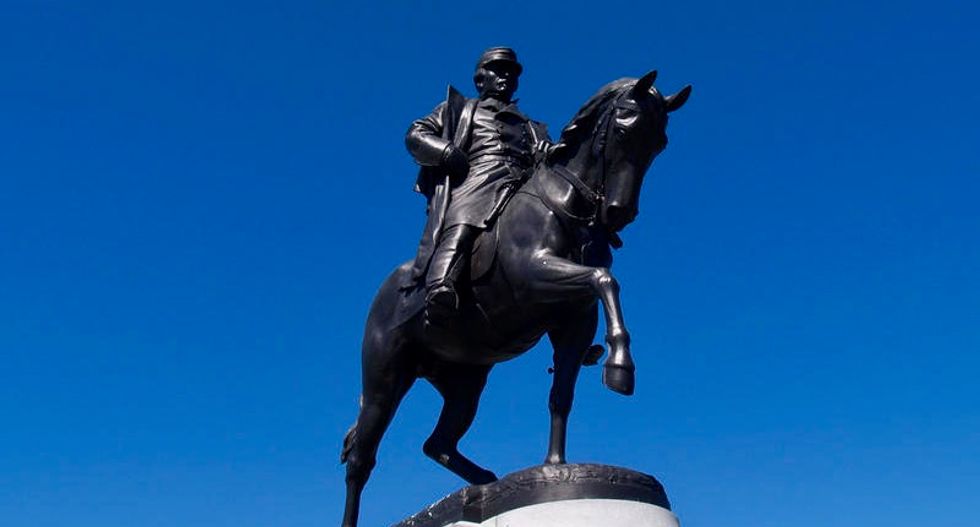 New Orleans can remove several high-profile monuments honoring leaders of the Confederacy, a U.S. appeals court has ruled, but critics of the decision vowed on Tuesday to keep fighting to retain them.

New Orleans Mayor Mitch Landrieu said he was beginning the removal process after the U.S. Fifth Circuit Court of Appeals on Monday lifted an injunction halting such action.

The monuments honor Robert E. Lee, Jefferson Davis and P.G.T. Beauregard - leaders of the Confederacy in the pro-slavery South during the U.S. Civil War.

Confederate flags and other symbols have been removed from civic centers across the United States over the last two years following criticism that the displays foster racism.

The New Orleans city council voted in 2015 to remove the Confederate memorials, following the shooting deaths of nine black churchgoers in South Carolina.

The city plans to move them into storage and eventually create a park or museum to display them in context.

The three-judge panel noted its ruling did not address how communities should "memorialize, preserve, and acknowledge their distinct histories."

"Wise or unwise, the ultimate determination made here, by all accounts, followed a robust democratic process," it noted.

To some New Orleans residents, the monuments symbolize heritage, not hate.

"We think that's the answer: Not to denigrate any cultural heritage group, but just to add to the diversity which makes New Orleans so great," said Pierre McGraw, president of the Monumental Task Committee Inc, a volunteer group that has maintained city monuments for nearly three decades.

He noted his organization, along with several others, still has litigation pending in lower courts and is weighing legal options. There is also discussion about state legislation.

"We're not giving up," McGraw said in a telephone interview.

City officials did not immediately share details about the timing of the removal. The mayor said after Monday's ruling that bids for removal would be released within a day. Proceedings are more complicated for a fourth targeted monument to a post-Civil War violent insurrection led by whites.

"Moving the location of these monuments — from prominent public places in our city where they are revered to a place where they can be remembered — changes only their geography, not our history," Landrieu said in a statement on Monday.