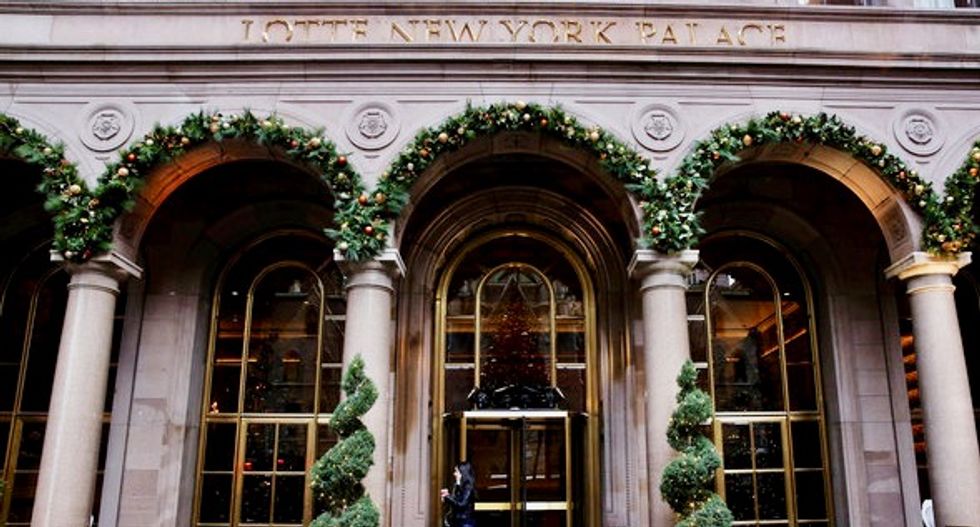 FILE PHOTO -- The Lotte New York Palace hotel, the site of a meeting of global Foreign Ministers regarding the situation in Syria, is seen in the Manhattan borough of New York December 18, 2015. REUTERS/Lucas Jackson/File Photo

The Roman Catholic Archdiocese of New York is seeking permission for a $100 million mortgage on some of its valuable Manhattan property to fund its compensation program for people sexually abused by its priests, a spokesman said on Wednesday.

The archdiocese said last October it would compensate people who had accused priests of abusing them as children, including those prevented by statutes of limitations from filing civil lawsuits. It said at the time it would seek loans to fund the payouts, which are being decided by two independent arbitrators.

On Monday, the archdiocese filed a petition in New York state court in Manhattan seeking approval for a one-year mortgage from JPMorgan Chase on land it owns behind St. Patrick's Cathedral; the Lotte New York Palace hotel is located on the site. The petition was necessary under a New York law governing the use of church property, Joseph Zwilling, an archdiocese spokesman, said in a telephone interview.

"Because we have begun the process of paying out the compensation to victims, the archdiocese has taken this short-term loan to cover the payments," Zwilling said.

The archdiocese is accepting new applications from victims who had not previously come forward, and it will take out a longer-term loan once it has a clearer idea of the total compensation amount later this year, Zwilling said.

Under the first phase of the compensation program, 144 people who had previously complained of abuse filed claims. The archdiocese has made 64 offers of compensation so far, of which 44 have been accepted, Zwilling said. He said the archdiocese would not discuss the size of the payouts until the program was completed.

Most cases of abuse happened two or three decades ago. All of the accused priests are either dead or have been removed from ministry after an internal board reviewed the accusations, Zwilling said.

The archdiocese is asking victims who had not previously come forward to make claims under the second phase of the program. Those victims must also make their accusations to police, Zwilling said. If any priests end up being accused for the first time, they will also be scrutinized by the internal review board, he said.

The Catholic Church has grappled for years with complaints from around the world that some of its clergy sexually abused children. On Wednesday, the last remaining survivor of abuse serving on the Vatican's three-year-old Pontifical Commission for the Protection of Minors quit her position, blaming "shameful" resistance from church officials.