Newsmax CEO: Trump is 'not a happy camper' over belief Obama made a concerted 'effort to undermine him' 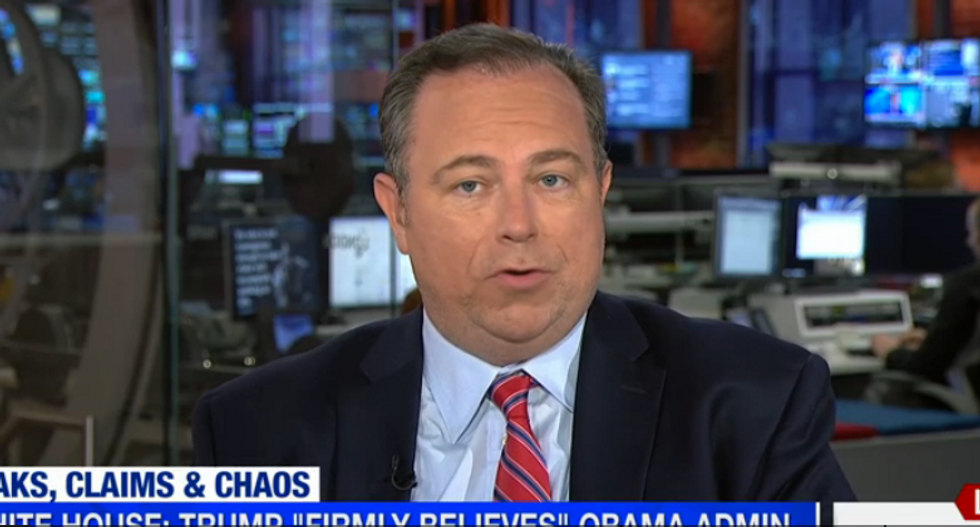 Newsmax CEO Christopher Ruddy on Monday said Donald Trump is “pretty upset” about his personal, unsubstantiated belief that former President Barack Obama wiretapped his phones at Trump Tower during the 2016 presidential election, adding “I would describe him as not being a happy camper.”

“I hadn’t seen him with this level anger about something in a long time,” Ruddy added.

The Newsmax CEO said most of Trump’s anger stems from feeling “he was targeted by President Obama and the Obama administration,” as well as his concern over whether “the media was even covering this story.”

“He feels he’s been targeted,” Ruddy said, arguing the Obama administration has made a concerted “effort to undermine him”

Trump on Saturday tweeted a baseless conspiracy theory alleging Obama wiretapped his phones in a McCarthy-esque move prior to the election. Trump has provided no evidence to support his claim; a CNN report Monday indicated even FBI director James Comey was “incredulous” over the president’s tweets.

Terrible! Just found out that Obama had my "wires tapped" in Trump Tower just before the victory. Nothing found. This is McCarthyism!
— Donald J. Trump (@Donald J. Trump) 1488627320.0

Is it legal for a sitting President to be "wire tapping" a race for president prior to an election? Turned down by court earlier. A NEW LOW!
— Donald J. Trump (@Donald J. Trump) 1488628140.0

How low has President Obama gone to tapp my phones during the very sacred election process. This is Nixon/Watergate. Bad (or sick) guy!
— Donald J. Trump (@Donald J. Trump) 1488628968.0