'Obama had to be the next best thing to Jesus': Angela Rye nails GOP hypocrisy on Trump-Russia ties 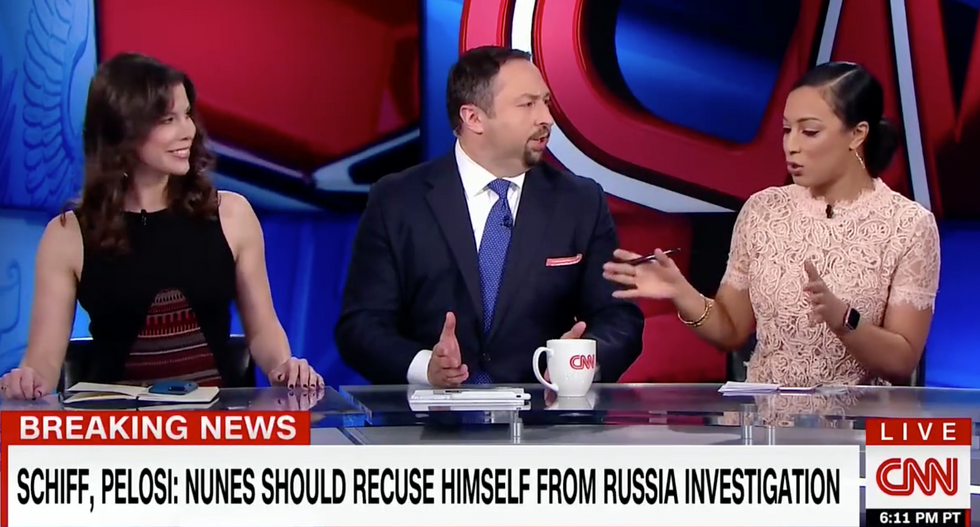 CNN’s Angela Rye on Monday had “no chill” about the Republican party’s willingness to let Donald Trump control the narrative and toss around unfounded claims about his predecessor without any evidence.

“Speaking of ‘no chill,’ I don’t have any either,” Rye replied.

“The bigger issue that I have, speaking about having ‘no chill,’ is that if this would have been under the Obama administration, there would be no end to this,” she continued. “Barack Obama had to be the next best thing to Jesus … and here we are, just two months in and some change, and there is issue after issue.”