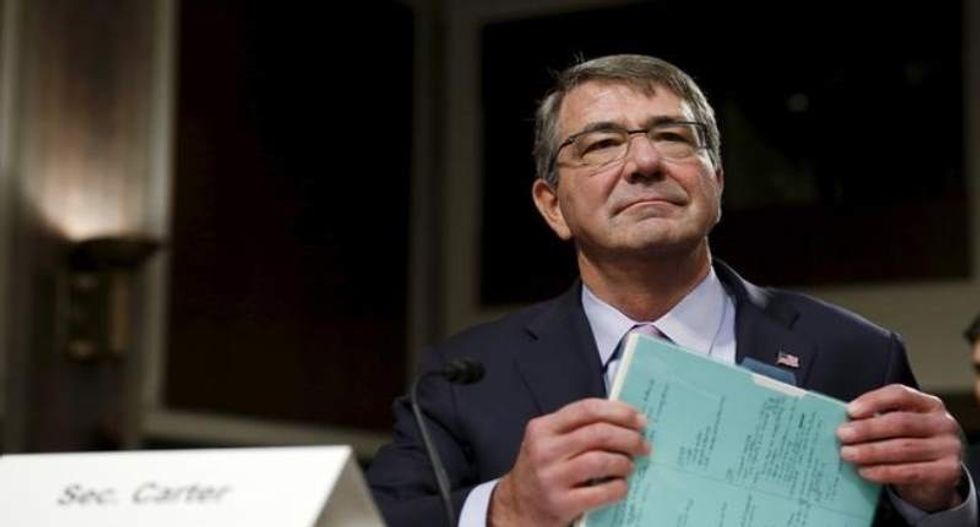 Secretary of Defense Ash Carter prepares to testify at a Senate Armed Forces Committee hearing on "United States Strategy in the Middle East" in Washington on Oct. 27, 2015. Photo by Gary Cameron for Reuters.

Ash Carter, who until January was U.S. defense secretary, said on Tuesday he did not see major changes in the campaign against Islamic State since President Donald Trump took office, amid accusations the U.S. military may be relaxing rules protecting civilians.

"I don't see overall major changes and I certainly hope they stay on the path that we set because I think that's the right path," Carter said at a forum at Harvard University, in his first public address since leaving the post.

Carter declined to speculate about the investigation into an explosion in Mosul believed to have killed scores of civilians, even as he stressed the importance of probes of such incidents. The U.S. military has acknowledged a possible role in the incident but also says Islamic State could be to blame.