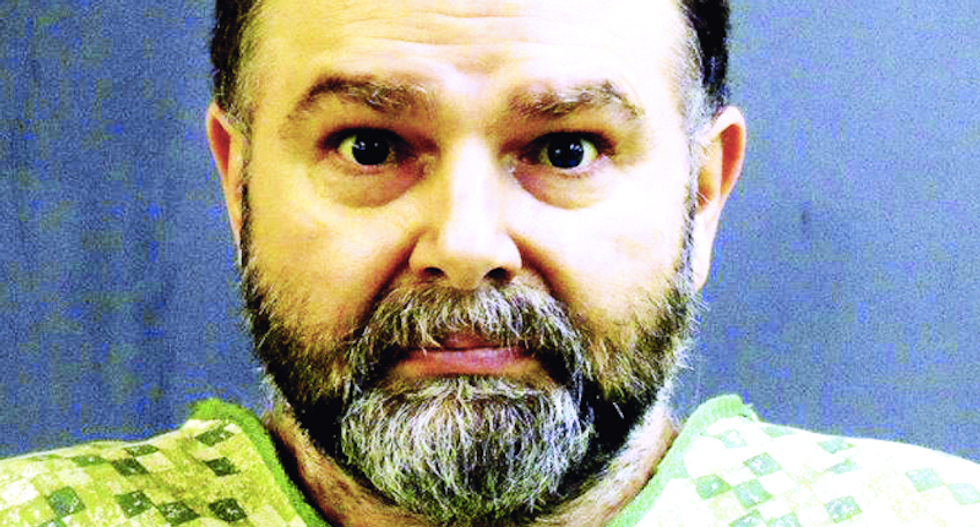 An Oregon man was released late last year after admitting he had faked insanity for two decades to avoid prison for kidnapping his first wife and son.

Tony Montwheeler was released from a state hospital in December over the objections of a psychologist, who warned the 49-year-old was likely to commit another violent act -- and that's exactly what he did weeks later, reported the Malheur Enterprise.

Montwheeler is accused of kidnapping his estranged third wife in January, stabbing her to death and crashing head-on into another vehicle -- killing that driver -- as he fled from police.

He now faces the possibility of capital punishment, the newspaper reported.

Montwheeler was found guilty but insane in the 1996 kidnapping of his first wife and son, and he pretended to be mentally ill for two decades to avoid prison -- and his scheme cost taxpayers millions of dollars in hospital fees and housing expenses.

He moved around rural Oregon throughout that period, working odd jobs and committing a variety of crimes while under state supervision, reported Les Zaitz, whose investigative work was also published by The Oregonian.

Montwheeler and his third wife, Annita Harmon, were each convicted in 2012 of first-degree aggravated theft for underpaying an elderly couple by about $10,000 for scrap metal at the Idaho scrap company they owned.

Montwheeler finally admitted his decades-long scam after his 2015 release from prison and a short stay at a state hospital, because he was angry the Security Review Board wanted him to live in a secure facility.

He testified in December that he'd been faking his mental illness, and had lied to doctors about hearing the voice of his mother -- who was shot to death by his father in 1974 during their divorce.

An internal review board agreed, saying his records showed no symptoms of mental illness, and recommended his release, Zaitz reported.

But state psychologist Brian Hartman did not agree, and warned that Montwheeler posed a violent threat to his intimate partner or family members.

Police said Montwheeler stalked and kidnapped the 40-year-old Harmon, who had filed for divorce in 2014, in Idaho and drove her to a convenience store in Oregon, where he stabbed her to death in the front seat of his pickup.

A convenience store clerk who witnessed the slaying called police, and Montwheeler led police on a four-mile pursuit.

He drove head-on into another vehicle, killing 38-year-old David Bates, a father of five, and seriously injuring the man's wife, 35-year-old Jessica Bates.

Officials from both the Security Review Board and Oregon State Hospital have declined to comment on Montwheeler's case, and he has cost taxpayers an additional $30,000 or more for hip replacement and other treatments related to the crash.

Montwheeler's attorney in the latest case said he will plead not guilty by reason of insanity.